This is a two-part story.  The best part is, it demonstrates how one piece of information put together with another can be pretty interesting and surprising, even when the time between is quite long.

Here is part one. 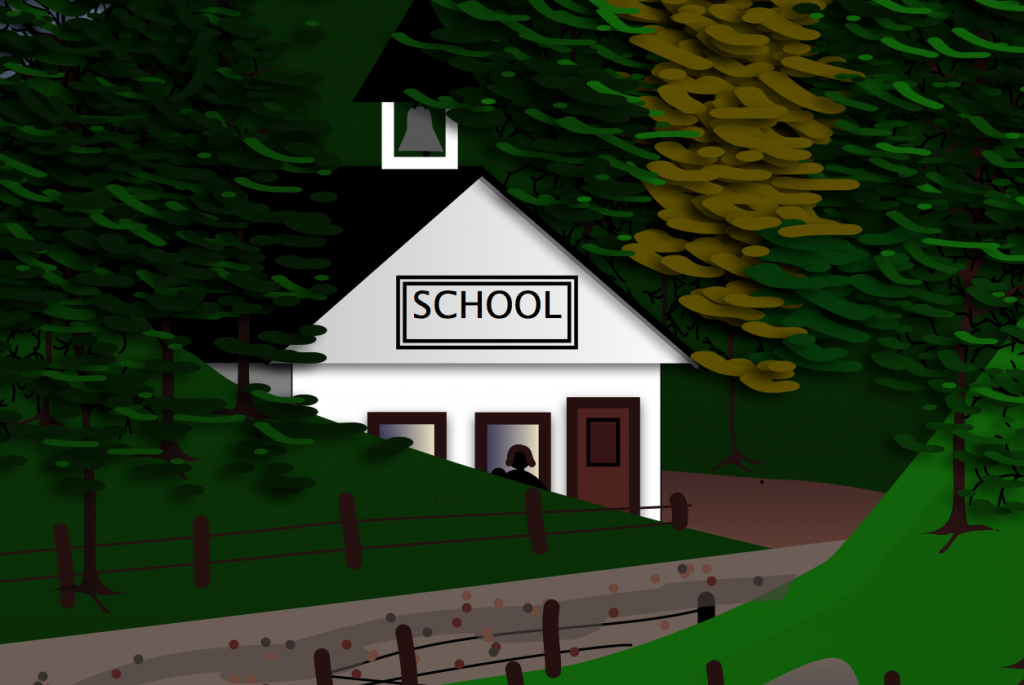 I was around four years old.  My mother was a teacher in a one-room schoolhouse way up in the hill country.  Every so often Mom would take me along for the day.  The schoolhouse was old, but a sturdy little building with a potbelly stove in the center of the room to heat the schoolhouse in the winter.  She had a small group of students that ranged from ages 6 up to 16.  All walked down from the mountain to the school.  Many didn’t wear shoes. Not because they didn’t have them.  It was because they wanted to go barefoot.

As a four year old I asked the students a boatload of question that ranged from where are your shoes, where do you live, what do your mom and dad do?  They would fuss over me making the day at my mom’s school all the more fun and interesting. 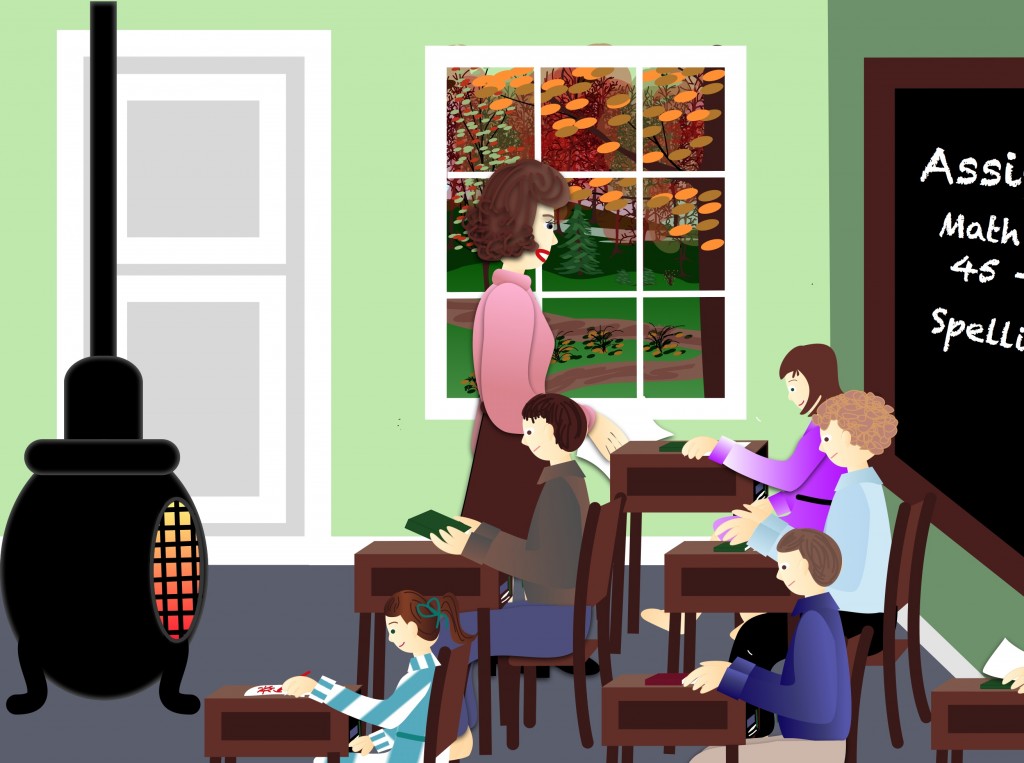 Mom would set up at a small desk with crayons and coloring books to keep me entertained.  The kids usually worked on their assignments with an occasional rowdy comment or two.  When Mom rang the bell for lunch, recess or to announce the end of the day all hell broke loose and the kids rushed for the door.  Not wanting to miss out on any fun I followed right along with them.

The road that ran next to schoolhouse was a one-lane dirt road. Heavily rutted from use, erosion and lack of maintenance.  That meant that whenever there was a car driving up the hill, a rare occurrence, you could hear the car way before you saw it. 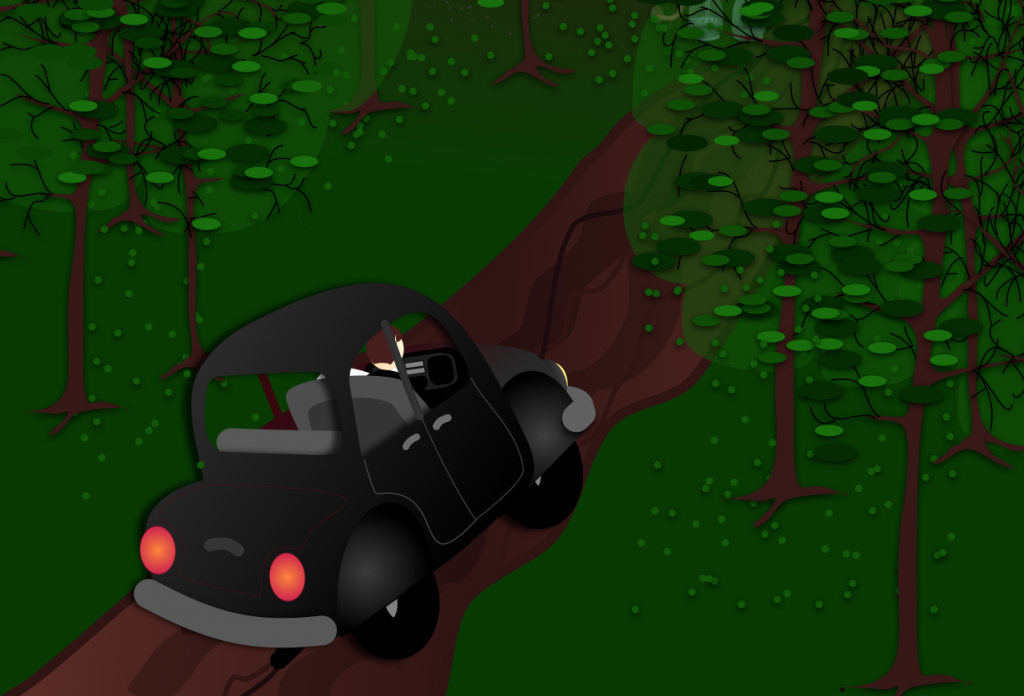 It was a quiet cool fall day and the leaves were starting to turn. The school kids were busy working on their studies.  Then there was a noise; an unmistakable sound of a very large car lumbering up the mountain road.  All the kid’s heads popped up and stared at the window.  As if on cue, all the kids ran to the window to stare out at the approaching car.

Some of the kids were murmuring something I couldn’t understand.  I did my best to push my way through the kids to see what was causing all the commotion.  Mom, try as she might, was unable to get the kids to return to their studies. 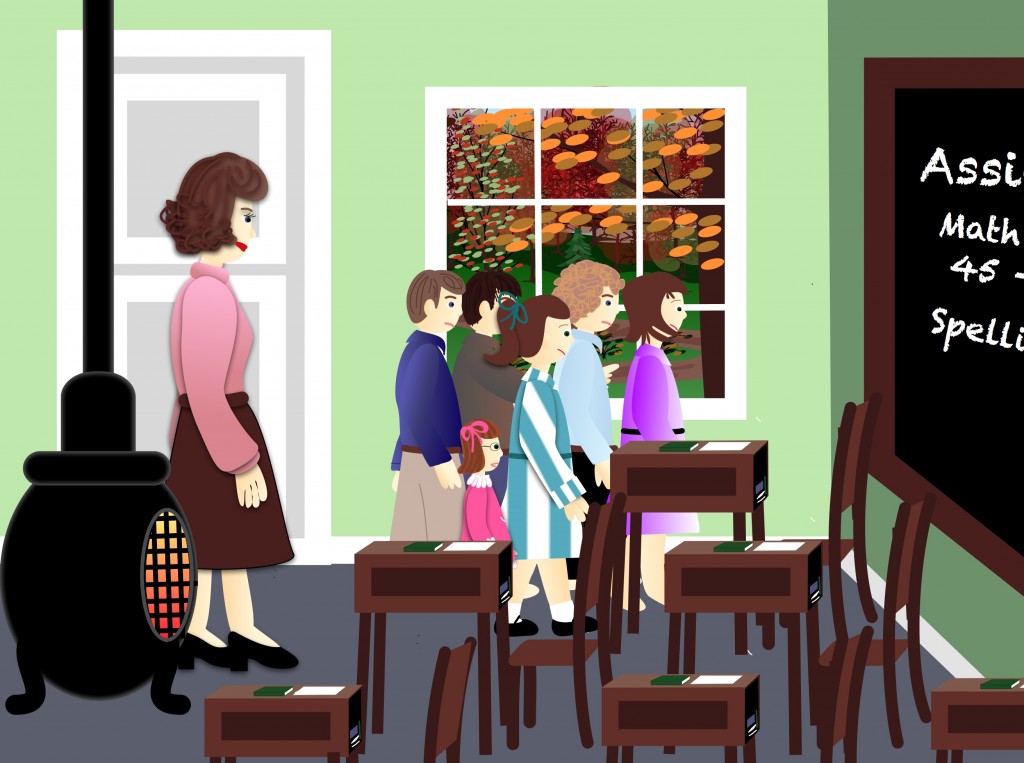 Then we saw it, a very large black car with two well dress gentlemen in the front seat passing the schoolhouse making its way up the mountain.  The kids were dead quiet.  One of the kids said in a low voice “The revenuers”. It seemed like an eternity but then we heard BOOM, BOOM that rattled the schoolhouse windows. The kids didn’t move. Then we saw the car come down the hill with a bunch of unhappy guys in the back seat of the car.  One of the kids spoke and said, “The revenuers got, My Dad, Uncle Bill and Uncle Joe”.  The kids watched until the car was out of sight.  They asked Mom if they could go home early.  Mom realized that there was little that would be accomplished by forcing them to stay and ended school early that day.

As we were driving home, I asked mom what a webanur (revenuer) was and what made the loud booming sounds.  Mom chuckled and said some of the kids parents were making something that wasn’t allowed.

It was many years later when I finally understand what that was all about.

If you liked The Revenuers, check out Perceptions and Chickenpox, Fairy Tale and Springhouse Frog.

PPS:  Keep an eye out for a very special announcement.  My book “Lesson From An Ordinary Life/Childhood Volume 1” will soon be published. 🙂

While you’re here, take a moment to subscribe to our updates using the link button below.  As a thank-you, you will receive two PDF’s for Wine and Cheese Pairings and Wine and Chocolate Pairings, suitable for framing.  We appreciate your stopping by, and we look forward to you joining in the conversion with Susan.