Lessons come to us from many sources and in many forms. I remember this story about a springhouse frog on my grandmother’s farm as if it were yesterday.

There was a time when I was fascinated with frogs, tadpoles, minnows and a certain springhouse frog. My brothers and I could watch them for hours.  When we would visit my grandmother’s farm, my brothers and I would spend hours in the creek and at 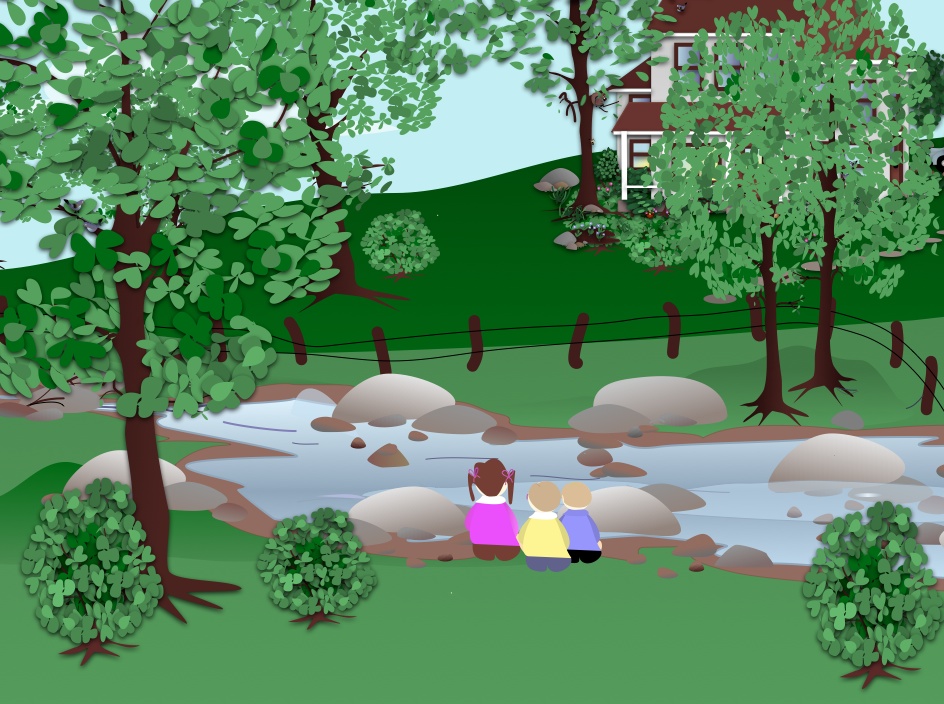 the springhouse down the hill from the farmhouse.  We just loved catching the minnows, tadpoles and baby frogs.  My grandmother had a large aquarium where we were allowed to release our catch.  Of course, they would eventually find their way back to the creek or springhouse but that never mattered to us, if we even noticed.

There was a very large bullfrog that lived in the springhouse.  He made a very loud croaking sound that we could hear from the springhouse all the way up on the porch of the farmhouse.

This springhouse frog fascinated us.  We would do our darndest to catch a glimpse of him. All we ever heard when we approach the springhouse, was a loud splash as the frog jumped into the water to escape our seeing him, much less to capture him.  The fact that we made a ruckus as we approached the springhouse never seemed to enter our minds, as the reason he’d would jump into the water to evade us.  We wanted so badly to catch him.  He would be such prize. 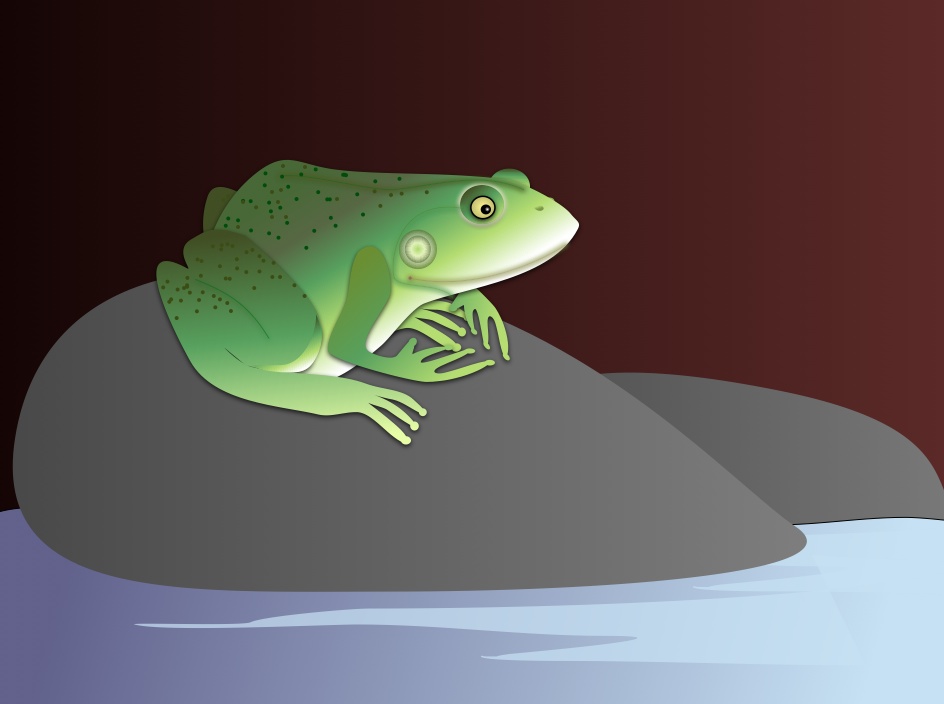 Dad suggested that we just sit quietly and wait to see if the springhouse frog would come out of the water onto one of the rocks inside the springhouse.  We tried that (for a minute or two), got bored and started to squirm making the eventual noises young children make.  No frog appeared.  We lost interest in the whole thing and went about doing other fun stuff around the farm.

One evening we could hear him.  He was as loud as ever, but there was another croaking sound that we hadn’t heard before.  Game on, we were on our feet and on our way down to the springhouse.  This time dad went along.   He showed us, made us walk quietly.  Just as we were about to peer into the springhouse, we heard the splash: two in fact.  We loudly expressed our frustration, which certainly didn’t help encourage the frog to reappear.   Dad sat down just outside of the springhouse and waited, we sat with him.  My brothers feel asleep, and I was very close behind.  I don’t how long we were there, but dad gently nudged us putting his finger to his lips indicating not to make any noise. He pointed in the direction of the springhouse. The daylight was deeming. We could hear the frog.  The sound was much loader than ever before.  We had to strain our eyes, but there they were.  We were awestruck. There were two of them, and they were tiny.  How could that be?  They had such a loud voice. They were very green and shiny with yellow eyes. We could see a large air pouch below their mouths that puffed out when they made their croaking sound. 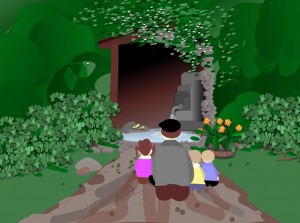 We watched for a while.  It was getting pretty dark, and the fireflies were coming out, so we headed back to the house.  As we turned we heard a splash. We knew it was from the fogs but it still sounded as if the frogs were giant size.

We were quite as we walked back to the house, each of us in our own thoughts about the frogs.  My dad looked down, smiled and said; “If we’re patient time can reveal much to us.  Sometimes we learn that things aren’t always what they seem.”

If you liked “Springhouse Frog,” check out Answer To A Prayer, Tale Of Three Farmers and Choices.  Enjoy.