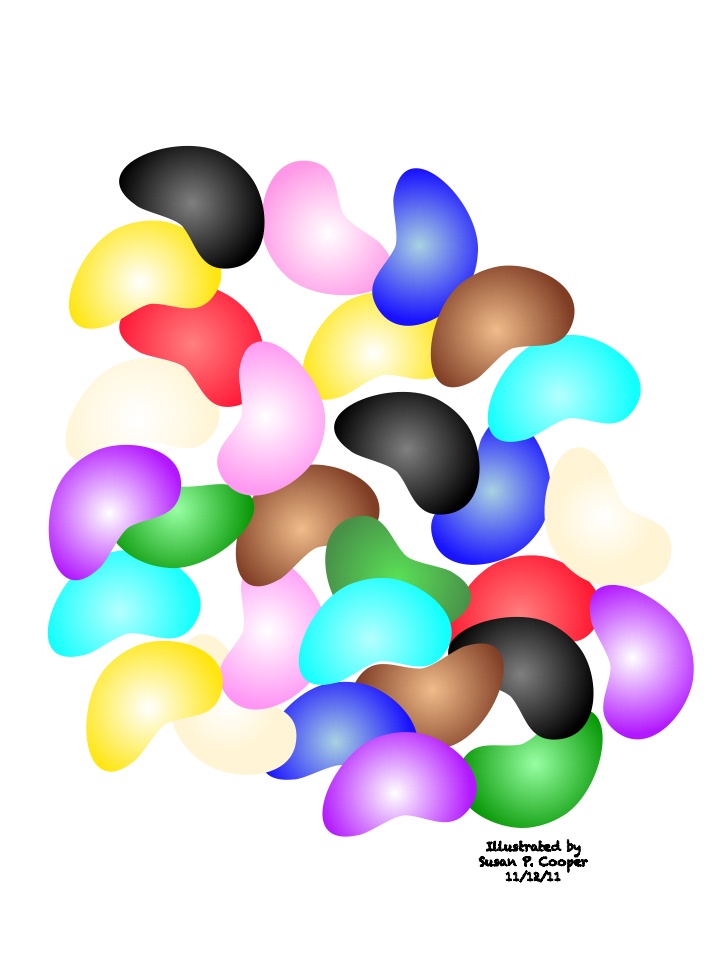 Jelly Beans and Opinions had written a very long time ago but I thought you might find it of interest today.

What do jelly beans have to do with opinions? Let me explain. I had a situation occur a while back that has stayed with me.  It revolved around me interviewing for a job.  After much effort, the meeting that was intended to move things forward with a position I was interviewing for never happened.  Later I received feedback from others in regards to what had happened.  The feedback was anything but flattering or true.  My first thought was, “What do I do with that?”  At first the whole experience upset me.  When I was finally able to let go of my frustration and anger, I was able to take a step back and see the experience for what it really was. That’s when jelly beans came into the picture.

I had been out of work for some time. All my efforts to secure a position were for naught. A friend and mentor recommended I take a look at a possible position that was not yet advertised. However, my previous approaches to this company presented a challenge. Each time I was accelerated through the process only to be turned down as number two. Yet, my friend forged the way to move the process along for this new opportunity. I was cautiously excited and at the same time a little wary. I wasn’t sure that the company really wanted to hire me. So my thoughts were to do my very best and just see where it would go, no harm no foul. Again I was fast-tracked through the process. Again I was turned down. At that point I made a decision to move on and start something of my own. 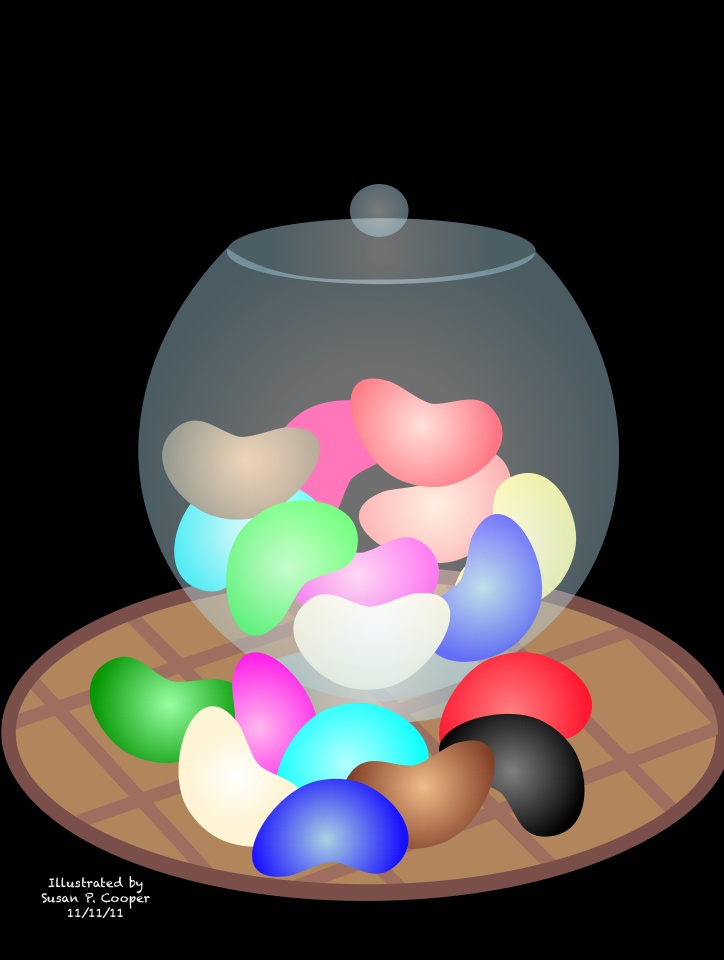 I received another call from my friend about a similar position with the same company. I know what you’re thinking, “Really? What were you thinking?” Let me remind you that I am an eternal optimist.

To say I was weary of the whole situation would be an understatement. Nonetheless I forged on (after unwinding a bunch of stuff, like re-upping our apartment lease, etc. to allow the process to happen). That is when the whole issue began to surface. After reaching out and setting up multiple meetings with my potential boss to discuss the opportunity, I was told that they were swamped and would not be able to make the appointments. What was said was something to the effect of, “I’ll call you … maybe sometime next week would be better.”

My thoughts were I would still try to make it work. Time sped by and still no meeting. The worst part was the only time this individual was available to meet was when I had an emergency and I was not able.  After a time, the general obligations of life took over, making it that much more difficult to make this meeting happen. That was when I started to hear things like I didn’t seem that interested in the position, that maybe I really didn’t need the job, and so on. When I inquired as to why this opinion was so, it was stated that I didn’t seem to want to take the time to meet with this individual. I was completely taken aback.

After about a two-month period, a meeting of sorts did finally take place. It was one of the most unusual and disjointed conversations of my entire life. It was as if I was under investigation or interrogation, not discussing a job opportunity. In the end, I obviously didn’t get the position and wasn’t even offered a courtesy call to let me know. So what really happened? 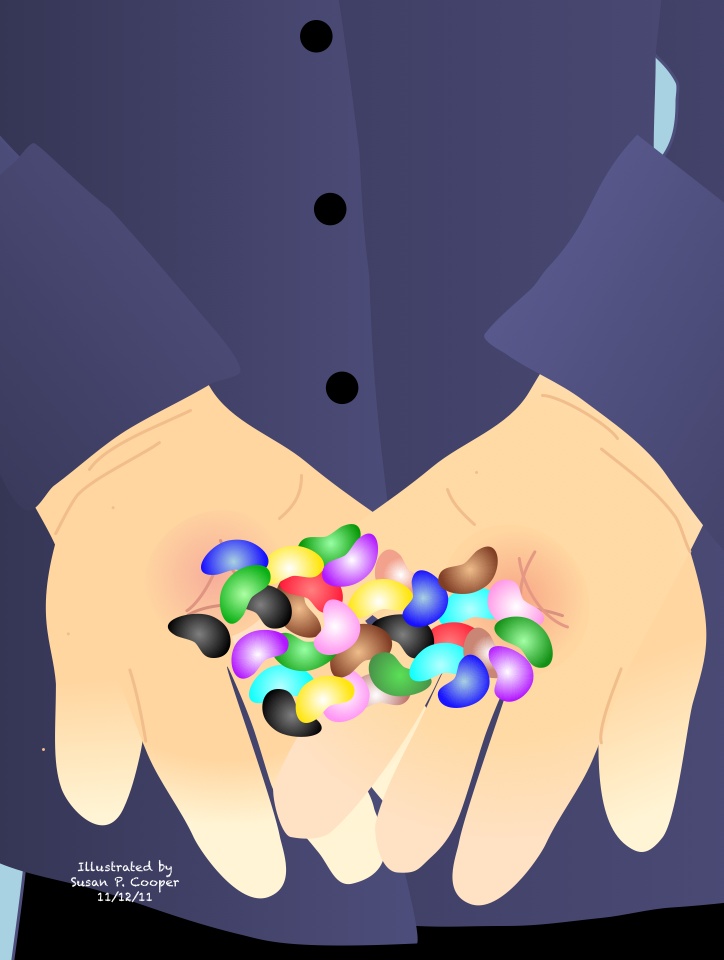 Oftentimes, what is said about a situation, meeting, or event is not at all what is really going on. I call this the hidden factor, which refers to the hidden agenda that an individual is not sharing or has not shared with whomever they are speaking to about a circumstance, be it us or their supervisors. Often the facts of a situation, albeit somewhat true, will be moved around to fit their needs. What and how they communicate these facts will help to fulfill that agenda and rarely have anything to do with the real truth at hand. My mistake in the whole affair was not to take into account that just maybe there may have been another purpose or agenda that did not include me. If I had, even though the outcome would have been the same, it would have been much easier to walk away from the whole affair with a clear mind.

Now you’re wondering, how in the heck does this relate to jelly beans. I was going to lunch at some point with my friend and mentor. I knew that in our conversation this topic would surface. I wasn’t interested in a protracted conversation about who did what. I was way beyond that and had since moved on to other opportunities. So I had been struggling with what I could say so I could then I just wanted to let it go. So here is what I had learned and how I decided to convey it to my friend and mentor. Opinions are like jelly beans. They come in all kinds of flavors, and everyone has their favorites, not everyone will agree on what the best flavor is and that’s okay.

So what would have been your thoughts?  Have you had opinions from others, hidden or otherwise, that surprised you?

If you liked “Jelly Beans and Opinions”, check out Fortune Cookies, The Little Train That Could, and Judge A Book By Its Cover.