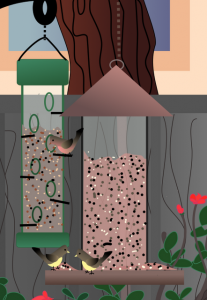 What triggers a treasured memory? It could be a simple sound; a smell or something someone says. It’s as if our mind finds itself in a past place and time, transporting us to that moment or memory. When I see a spider I remember a event with a spider and a minister

I was out in my garden just watching the world pass by. It was a rare moment, one I was taking full advantage of. My mind was flitting around like the hummingbirds feeding on the nectar of the feeders.  While enjoying my time on my patio, a memory came to the surface and stayed for a while.

A Spider and A Minister

Our family lived in an old two-story farm house that had been one of the original homes in our small country town. To a kid, it was huge. It had the quirks old farm houses have that made it a great place to play and explore. We had a secret staircase, cavernous attic, a porch that wrap around the house, and floor vents that allowed us see through to the floor below. It was a great place to grow up and to get into all kinds of mischief.

Every so often, on a Sunday, the minister of our church would visit. My parents would set in the living room and would talk about all the things adults talk about. To us, it was all very boring. So we would be excused to go out and play. It was a routine we learned was part of the fabric of living in a small country town. 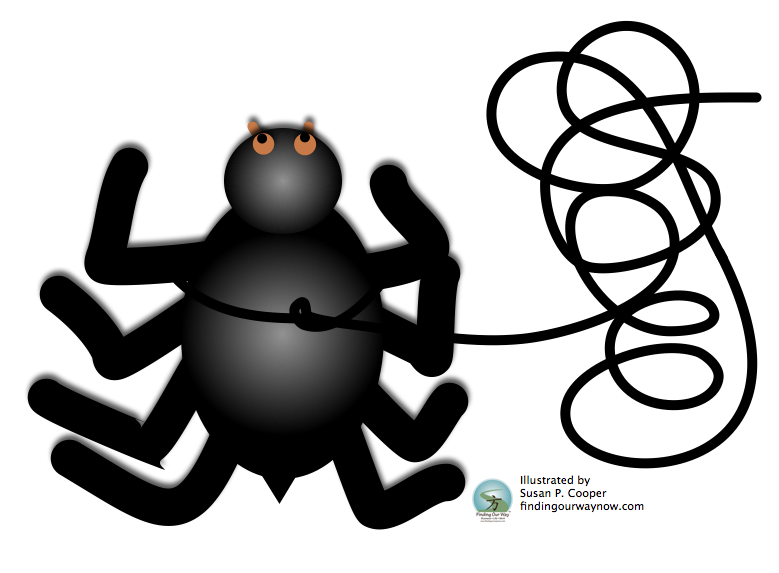 When we were curious, we would go upstairs to our parent’s bedroom just above the living room, spy through the vent in the floor, and listen to the conversation below. We would listen for a bit up until we became bored, and then we would move on the something much more appealing.

One time, while rummaging around for something to do, we found this large, furry fake spider that had been used at Halloween. We would put the fake spider in different places around the house to get a reaction when someone would come across it. My parent would play along and act according. It was great fun. Then we had this really great idea. We hunted down some thread and tied it around the spider. One of us stood in the living room and fed the threaded and spider up through the floor vent to my parent’s bedroom above. We drew the spider up to the vent so that it would be flush with the ceiling. We then tied it to the floor vent to ensure it wouldn’t fall. The spider looked as if it were crawling on the ceiling next to the floor vent. We couldn’t wait to see the reactions when someone spotted the spider. We would sit in the living room with our guests or minister and wait for someone to notice. But no one did. Or at least if they did they didn’t say anything. Time past; we had forgotten about the spider that was still tied to the floor vent. 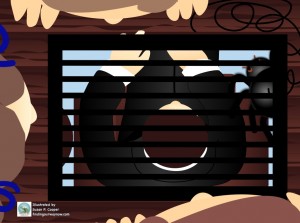 It was a rainy spring Sunday. Our minister had stopped by for some cake and coffee. Because we couldn’t go outside, we were really cranky and bored. There was nothing on TV to our liking. We had played all the games we cared too. My parents were occupied with our minister, so they couldn’t take us to the movies for the matinee. We were careening around the house, to point where our parents asked that we quiet down and find a book to read. That was when it happened. I am not sure whose idea it was, but it was brilliant. So there, we were upstairs in our parent’s bedroom. We could see our minister setting just below the vent. 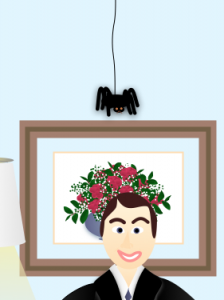 My parents and the minister were deep in conversation and had not noticed how quiet we had gotten. One of us untied the spider. The string was quit long; all the better for our plan. Looking below, we slowing allowed the spider to float down, suspended in mid-air, just above our ministers head. We pulled the spider up and down and started to snicker. We could barely see our parents who had just noticed the spider. We were much too busy, enjoying our new found entertainment, to get that our parents were horrified. So here was this enormous furry, plastic spider moving up and down just above our minister’s head, and he was totally unaware. However, our parents were very distracted and completely irritated. That is when the spider slipped from its tether and fell on our Minster’s head. All hell broke loose. The minister jumped up and screamed, spilling his coffee all over his suit. Mom stared at the minister and the spider, thinking murderous thoughts. Dad flew out of his seat, bounded up the stairs as we scattered in all different directions. 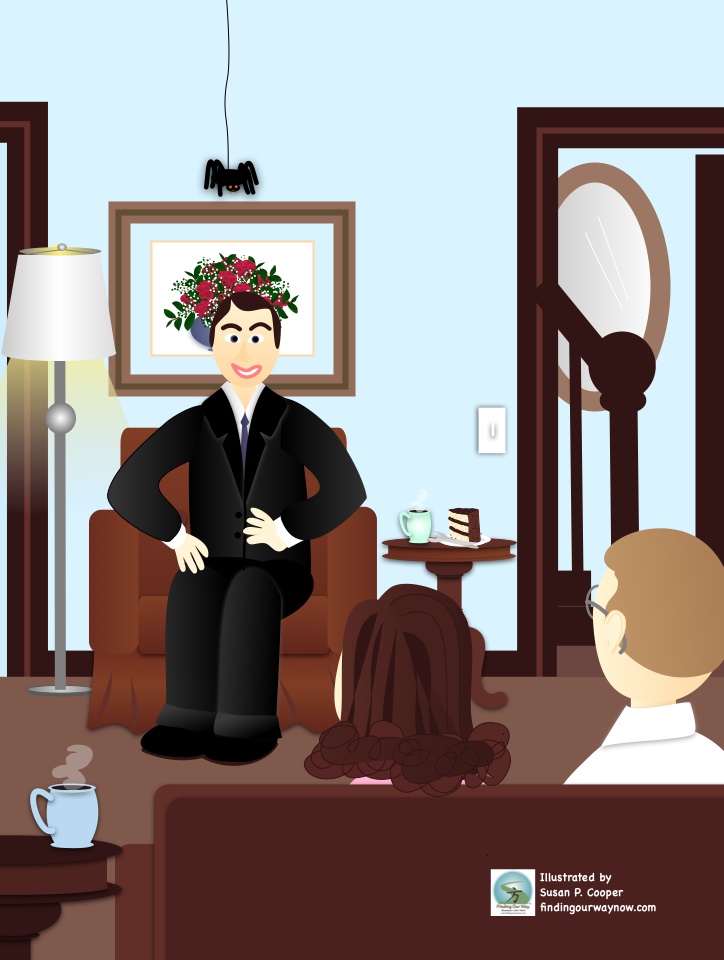 Dad found us in our different hiding places acting all innocent (we thought) and as if we knew nothing about what had just happened. We were asked to come downstairs, to face the music and our minister.  We were still grinning about the whole affair. It was really hard for my brothers and I to keep a straight face. This was much to our dad’s displeasure.

So there, we were, standing in front of our minister mumbling an apology that we clearly did not feel. It didn’t help that our Minster was laughing and telling us that it did give him a fright, but to us it was still quite funny.

By then the rain had stopped. We were not allowed to go outside and play, as punishment for our crime. We didn’t care because boy did we have a story to tell our friends about a spider and a minister

I still laugh at the memory of a spider and a minister. In this busiest of times, we forget to not to take life too seriously. Life is short, find joy and laughter wherever you can. It is a restorative like no other.

What are some of your childhood memories that gives you a chuckle and brings a smile to your face?

If you liked “A Spider and A Minister,” check out Answer To A Prayer, Tale Of Three Farmers and Choices.  Enjoy.