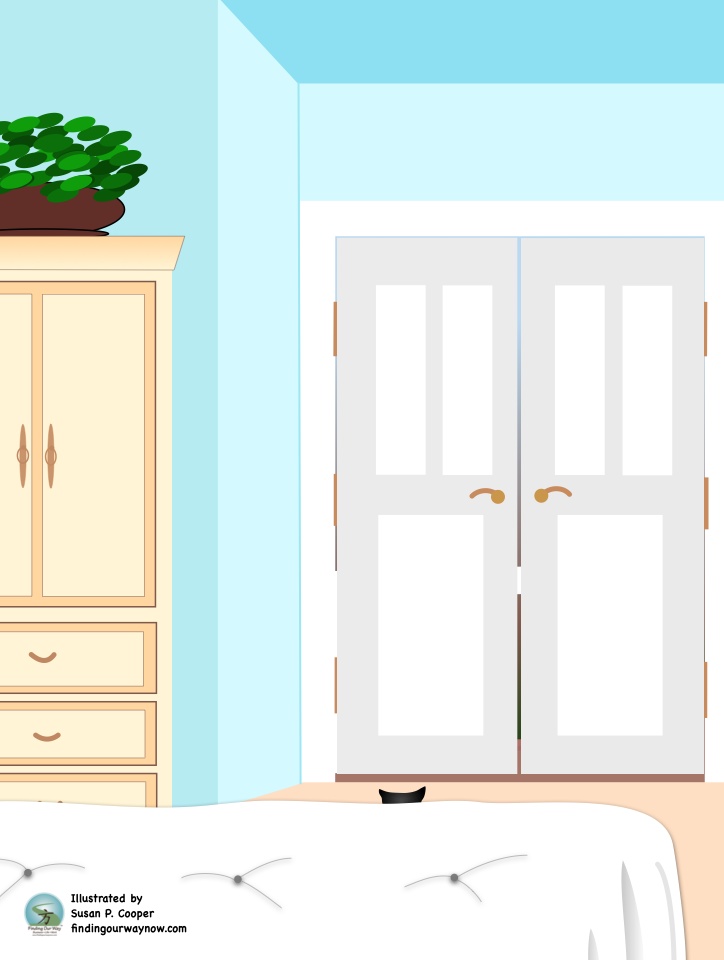 Just recently one of my blogger friends at searchingforthehappiness.com posted an article about houses having a vibe or personality. The premise of her post was our choice of homes may predict our future.  What I loved about her post was she voiced what many of us feel but do not talk about. It isn’t because we think others will see us in a strange light. I believe it’s because our thoughts about our choice of a home are more instinctual than practical.

I left a comment in response to her post that became the root of an idea for a story about my current home and garden with my resident ghost.

Now, let me tell my story.

We had moved several times in our married life. With every move, I worked hard to create a positive and as beautiful environment as possible, given what resources I had. The last home, our current home, has been the most interesting. In search of our current home, we saw more houses than I thought possible in a weeks time. It was exhausting. When we walked into the last house on our tour at the end of that week we just intuitively knew this was the one. We loved the yard. It’s what sold us on the house. We bought the house at very good price. The last several potential buyers had fallen out of escrow for weird or unusual reasons. It gave the impression that the house had something wrong with it and the seller had reduced the price to encourage a quick sale. We felt very lucky finding and placing an offer on the house at such a good price. We had no trouble. In fact, the whole process was seamless. 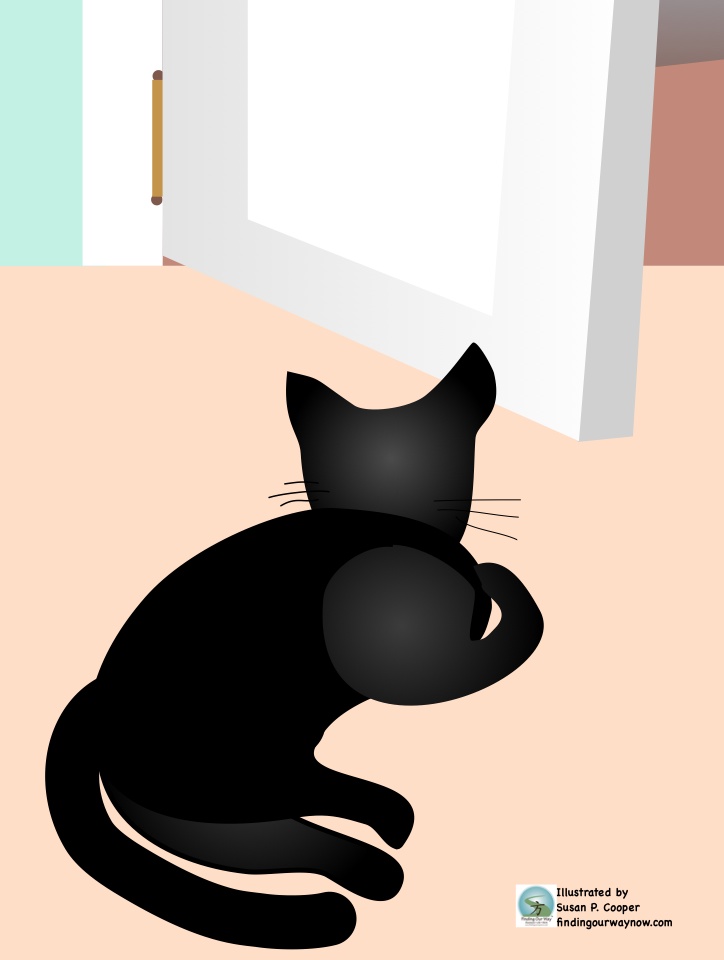 Before we moved in, there were substantial changes made to the inside of the house. We moved into our new house with the hope that this would be our last move. The move went well and was as hectic as any move goes. We had taken some time off form work to facilitate the move. It took us a week to get everything where we wanted and or at least to a point where we could function.

It was finally the night before we were to go back to work. I was up in our new bedroom propped up in bed reading my book. The door the bedroom was partially closed. I could hear the thrumming of the television downstairs where my husband was watching a sports event of some kind. I heard the door creak. I looked up to see the door moving very slowly. I thought it must be our cat pushing the door open wanting to come in. When I set up to see, sure enough there was my cat setting on the floor. My cat starred up at me and then at the door that was still slightly moving with his ears alert. I settle down to continue reading my book.

A week went by, and we were abuzz with our continuing effort to put things away. I was again in the bedroom with my book. This time my cat was sleeping on the bed next to me. The door started to creak and slowly open. My cat was up, very alert and made a hissing sound and took off through the now open door. Then the door slowly closed. I got up to see if a draft had made the door move, but 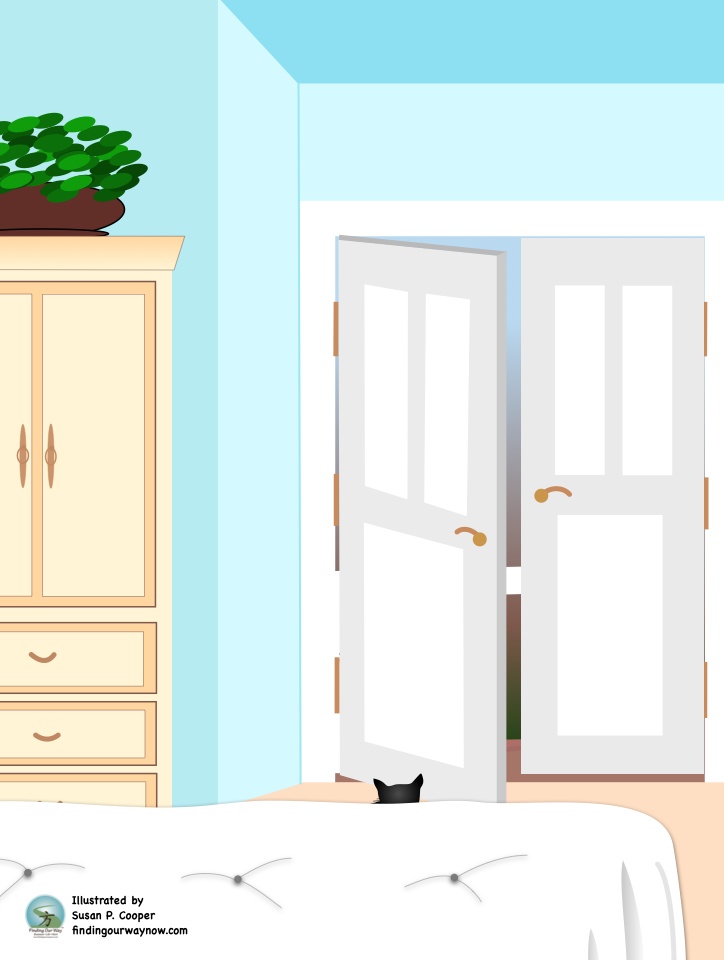 there was none. It was a little unnerving, but I thought it was just a potential suction from the furnace turning off and on and dismissed the whole thing. We continued to do the many things we needed to do to make our home reflect our personality. The more I did, the more often the door would move on its own. It was starting the freak me out.

One day our real-estate agent and friend, stopped by to see how we were doing, and to check on all the changes we had made to our new home. In our conversation, she told us about the former owners. They were a young couple. This house was their very first, and it was brand new. The young wife had loved this house. She had great plans to make their new house into her dream home. A few years later she became very ill and suddenly passed away. The widowed husband stayed in the house for a short while but ultimately decided to sell it. Our real-estate agent remarked about how odd it was that the house had so much trouble selling until we came along. It was as if we were meant to have this home. My husband and I both looked at each other and then told our friend about our moving door incidents. 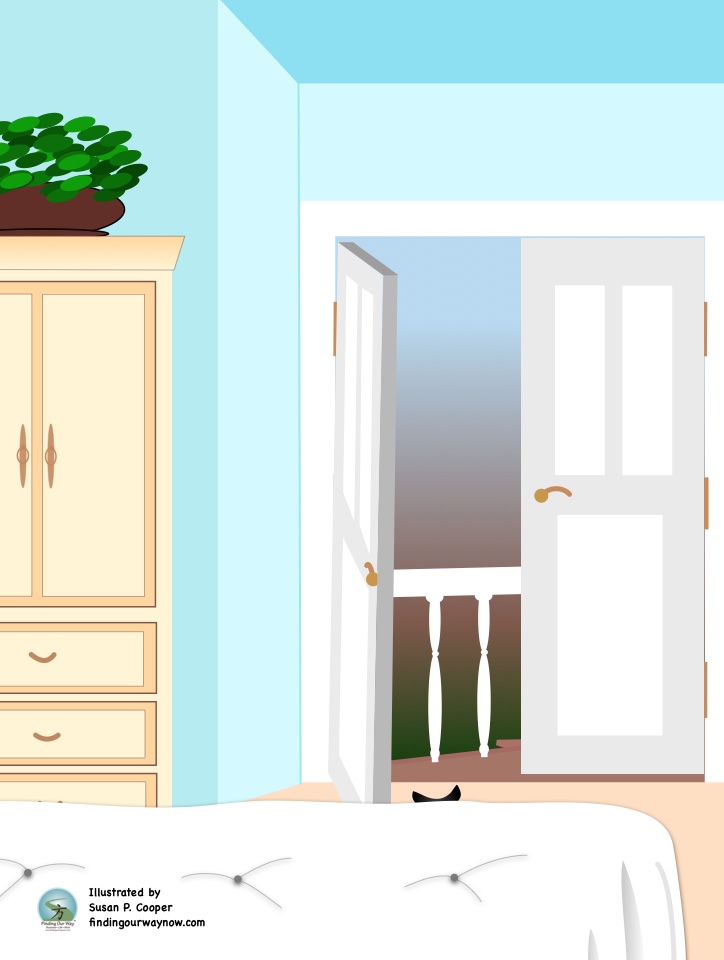 My husband and I are not ones to put much stock into the existence of ghosts or spirits, but this was giving us pause. As time went on I could always tell there was a presence of some kind in the room because my cat would react, hiss and run away. The funny thing is we instinctively knew it was her. Part of me wondered if she liked or hated what I had done to her home and if that could be the reason for her making her presence known. This went on for quite awhile. So we laughing began to call her our resident ghost.

I had a psychic friend who I had finally confided my story. She listened quit patiently and asked a lot of questions making no judgment about what I was telling her. I was relieved. In our conversation, my friend mentioned that my spirit may be still in our home for a reason. She asked me to talk to her the next time the door would move. My first thought was “Really, talk to a ghost?”.

So the next time the door moved, I asked my resident ghost if she missed her home and did she liked the changes we had made. Now here is the weird part. I felt a slight breeze and a warm feeling come over me. Then there were thoughts that appeared in my mind that said “I was doing what she hadn’t had time in her life to do, that she very much liked everything I had done. All she wanted was for the house to be a home and I was the one she had chosen to do that.” A slight chill went up my spine and still does to this day, when I tell this story. That was the last time the door opened and closed. 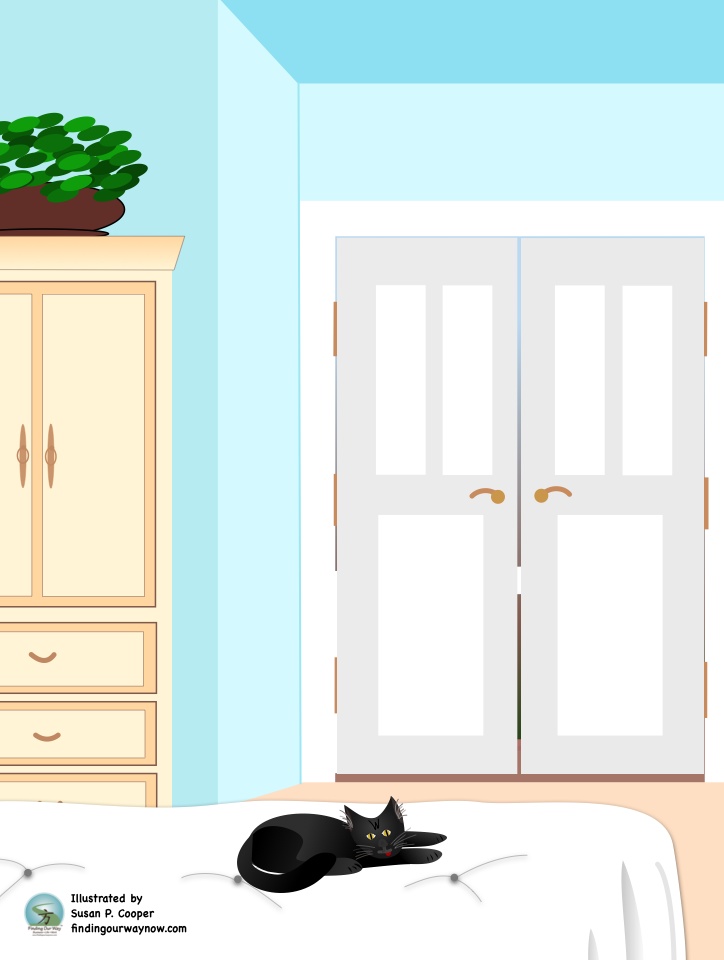 I will never be sure if what I heard in my mind was real or not, but I do know that there was an overwhelming sense of peace that accompanied it. I would like to believe that my resident ghost is in God’s hand, and she is happy. In a strange way, I miss her presence. As I sit in my garden, I would like to believe she still smiles at what we’ve made of her home.

What did I learn from this? That just because we may not see or understand something, doesn’t make it any less real. We need to have a little faith that life will give us answers, some times in very strange ways.

Have you ever had something unusual happen to you that was totally not in your realm of understanding? I would love to hear your story.

If you liked “Resident Ghost,” check out What Friends & Flowers Have In Common, A Language Lesson and Balancing Act.  Enjoy.