Do you remember a particular gift from Santa?

I find that memories are abundant at this time of year. I often find myself remembering certain gifts or lack thereof from Santa. 🙂

It was a cold December, but that certainly didn’t dampen my 11-year-old spirits with Christmas fast approaching.  Even so, I was not as happy as I should have been but let me back up a bit. 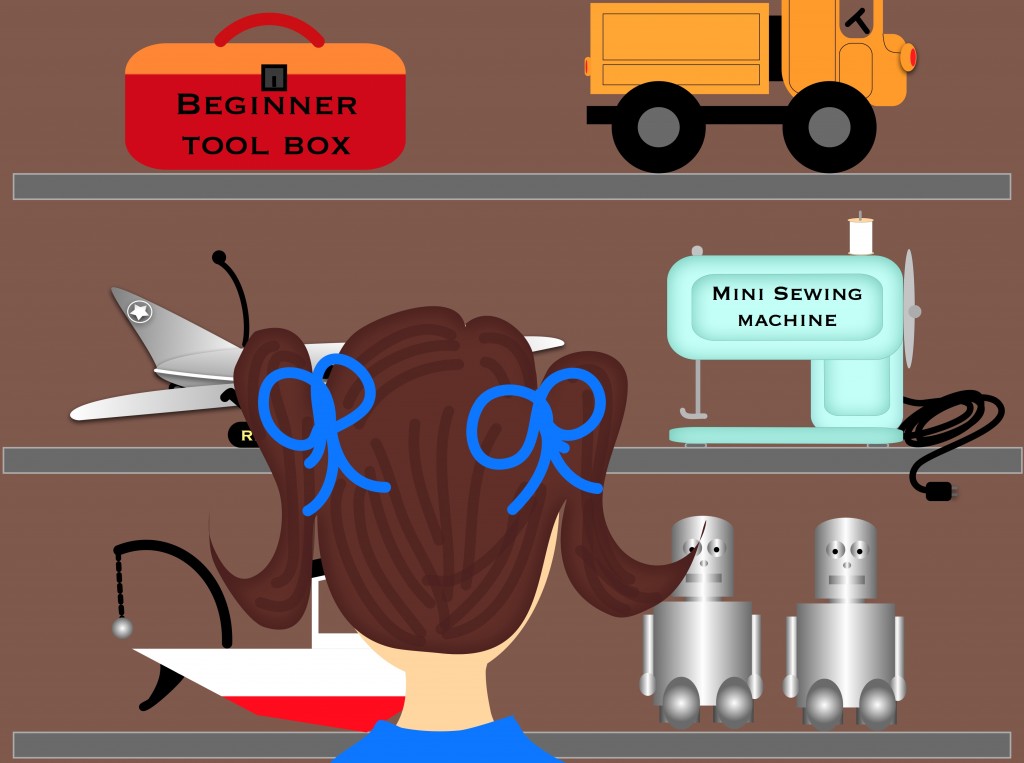 Every time we’d go to town, I would visit the hardware store to stare at a mini sewing machine.  It was turquoise blue, made of real metal, and it worked.  I would ask to see it every time I was there.  Harold, the owner, was a kind man and always allowed me to hold it. It was very expensive, a dream toy in my eyes.  My Dad was too busy to notice and went about his business.

Over the course of the summer, the mini sewing machine was sold to someone else. I knew who had bought it. I was heart broken and green with envy.

Fall came and went, and December was at hand. All I could think about was that mini sewing machine. It was gone, and I knew that no amount of praying or writing to a Santa would make it appear under my tree. So I asked for a bike instead.

The tree went up, and we decorated as a family as we always did; it was so much fun. The presents started to appear under the tree; A name tag was attached to each present.  I could tell by the size and look of each package that there was no bike or mini sewing machine. I knew that the (pretend) Santa would bring presents on Christmas Eve, so there was a tiny bit of hope. Nevertheless, I still felt sure that I was going to be disappointed. 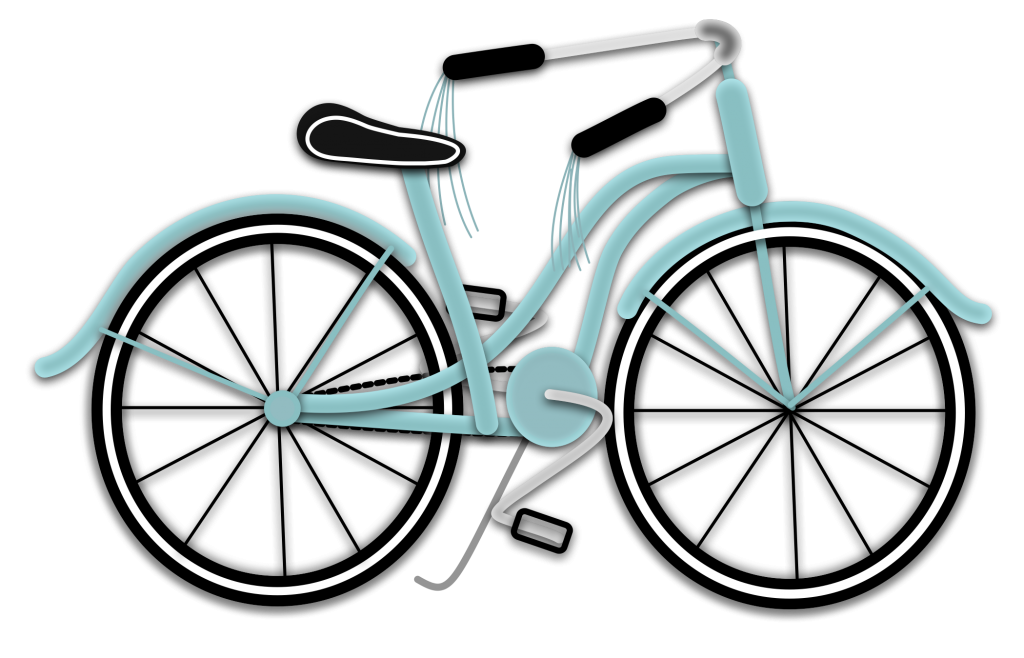 As the week moved towards Christmas, no amount of cookie baking or fudge making could raise my spirits. Mom and Dad would ask what was wrong. I finally told them why I was so down.  Dad frowned and said sometimes to the effect that we weren’t meant to have everything we would ask for.

Christmas Eve had arrived, and there were a bunch more presents under the tree but none that reflected my heart’s desire. I went to bed with a heavy heart.

Meanwhile, Mom and Dad were in the living room watching the heavy snowfall out the window while my brothers and I slept.  In a little while my Dad got up and went to the phone and made a call.   He spoke for a bit then got his car keys and headed for the door while Mom watched him with a puzzled look. Dad told my Mom he’d forgotten something and would be back in a bit.  He was away for a while. When Dad came back, he was covered in snow and had wrapped package, no nametag, wrapped with a great big bow and placed it under the tree nicely.  Dad would do stuff like that from time to time, so Mom never asked about it. They spoke quietly about what they needed to do and went to their secret hiding place and brought out the gifts that were to be from Santa.  My new bike was among them. 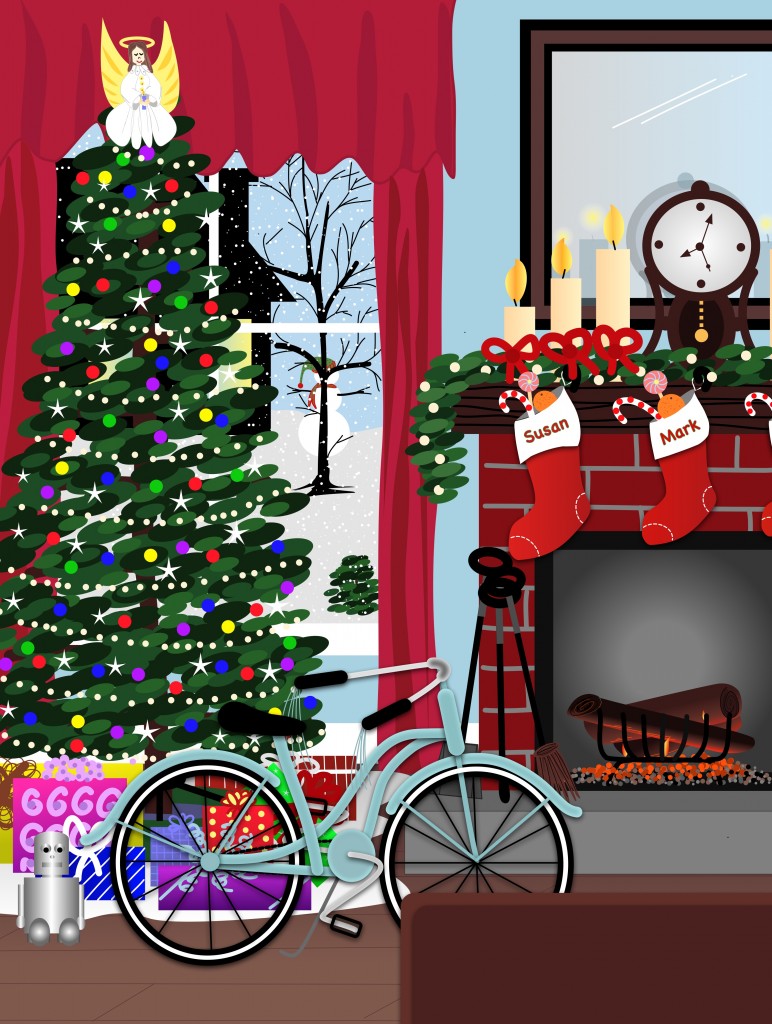 When morning arrived, the usual chaos broke out as it does on Christmas morning. Presents were opened, and the paper was flying.  I loved my new bike, my gift from Santa, and wanted to take it for a spin. No surprise, I wasn’t allowed because of the snow. So I watched while everyone opened the remaining presents. Mom received a beautiful crystal necklace in a pretty box with a big bow. You could tell she recognized the box.  It was a total and unexpected surprise for Mom.  Dad received a new special kind of Slide Rule he’d always wanted.  My two brothers received the usual boy toys and were having a blast.

There was only one plainly wrapped present left that had no nametag on it. Mom glanced at Dad with a look that said; “what is that”?  Dad went over and started to open it and asked if anyone knew how it had gotten there.  It was an odd question because how would we have known.  Out of curiosity, we all walked over to the mysterious gift and wondered what may be inside.  As the paper came off the package, the only thing we could see was a cardboard box.  Dad took out his knife, cut open the lid pulling the tissue away and there it was, the mini sewing machine.  Dad lifted it out of the box and said; “Susan, I think this is present is meant for you.”  I was stunned.  In the box, there was a note.  It read “I had heard that this was your fondest wish, so I wanted to make sure you received it. Santa.”  I cried.  I was beyond happy.

How the sewing machine appeared under our tree, was a mystery for a long time. That Christmas present renewed belief in Santa.

As I grew into a young adult, I finally heard the story behind that gift from Santa, the mini sewing machine.

The mini sewing machine that I had been looking at had been indeed sold to someone else.  On that Christmas Eve, Dad called Harold the hardware store owner, inquiring about the mini sewing machine.  As luck would have it, he’d gotten another one in that wasn’t yet on display. So at 11 pm on Christmas Eve my Dad met Harold at the hardware store, and he bought the mini sewing machine. Harold helped Dad wrap the gift and even wrote the note that was left inside. The lovely present we all saw Dad with that night was for Mom. Dad had purposely brought it into the house that night and had placed under the tree. Later on, while Mom wasn’t watching, Dad very carefully slipped the plain wrapped box deep under the tree. 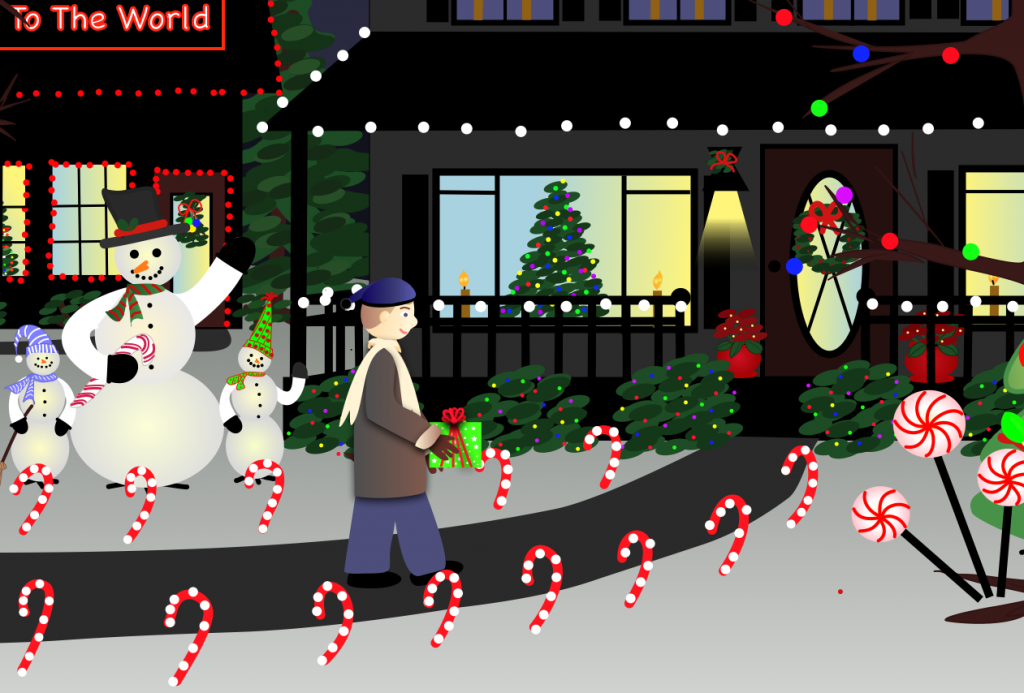 I still well up when I remember that Christmas and think of my Dad calling and waking Harold and braving the weather to buy that very special gift for his daughter on Christmas Eve.

What did I learn?  Never give up hope. You just never know when an intensely desired wish will come true.

Do you have a Holiday story like this?  Do you remember a particular gift from Santa?  What Christmas memories do you have that make you well up and smile?

P.S. If you liked the Gift From Santa story, check out A Different View, Twas The Night Before Christmas and That Holiday Feeling.