Well, I am now a guest writer for one of my favorite bloggers, Jon Hanson @jon-hanson.com.  I was thrilled and flattered when Jon suggested I do a guest post with my ever popular illustrations.  The post is called “Grocery Store Aisle Hog”.  It is Part 2 of my Costco Adventures.  Part 1 is on my blog called “A Man And His Pan”

Simple Dude, now Jon Hanson, had remained anonymous up until last. This allowed him the opportunity to say what he really thought. He expresses himself well with a funny, tongue in cheek, approach.  Jon was instrumental in giving me some direction when I needed it at a critical time in my blogging growth with his book “Grow Your Blog”.

I have also been interviewed and showcased on another of my favorite blogs and my friend, Dan Meyers, @Breakfree.me.  The interview was fun and again I was flattered Dan would find whatever I had to say interesting enough to warrant a post.  The post is called Susan Cooper -Over Coming Challenges  The 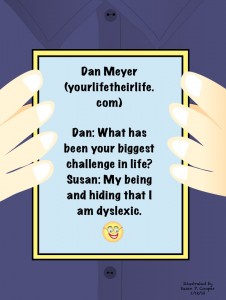 link to that post is:  Dan has been a great friend and steadfast support in our collective efforts to grow our blogs.  He has some amazing financial tools to help a person manage their financial resources affectively.

These two blogs are as different as they can be but it does point out how diverse the blogosphere is. Check out their blogs, leave a comment or two and let them know what you think. I know they would greatly appreciate it.