Lemon Meringue Pies are a particularly nice treat in the spring and especially for Mother’s day.  So I thought why not make them in a jar.

I love lemon.  Lemon meringue pies are one of my favorite kind of pie.  What gave me the idea for happened while I was watching Paula Deen on TV where she was making her lemon meringue pies.  After making my Mac & Cheese in Jar, I thought it would be fun to see if this same concept would work for my mini lemon meringue pies.  I’ll let you be the judge as to how these Lemon Meringue Pies In A Jar turned out. :-).

Lemon Meringue Pies In A Jar 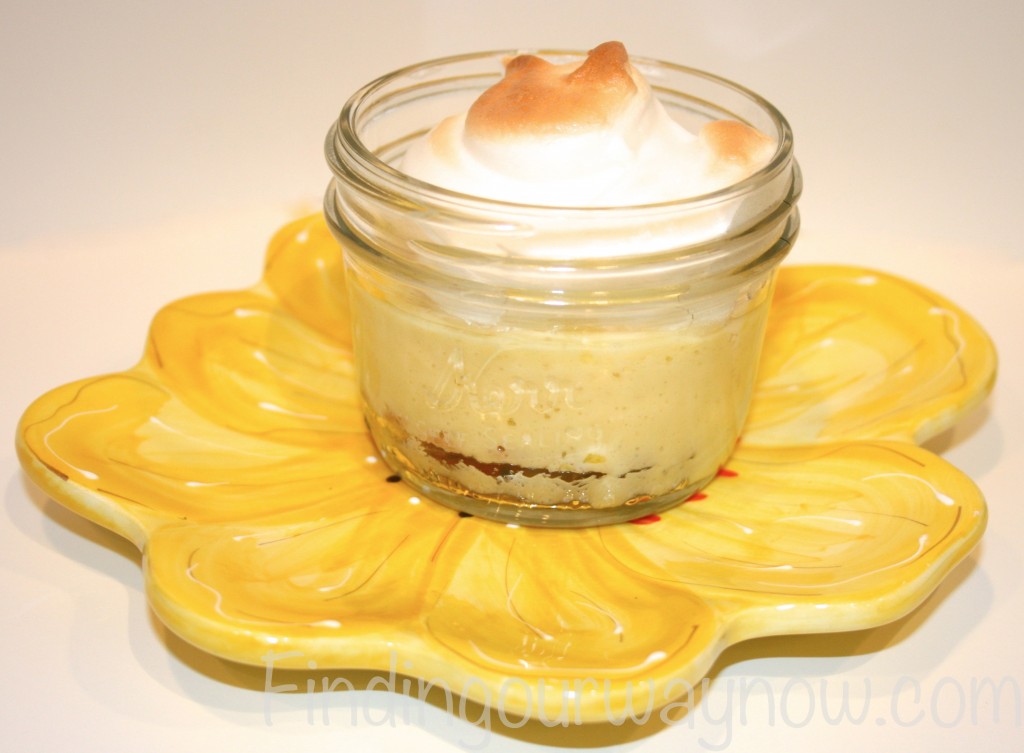 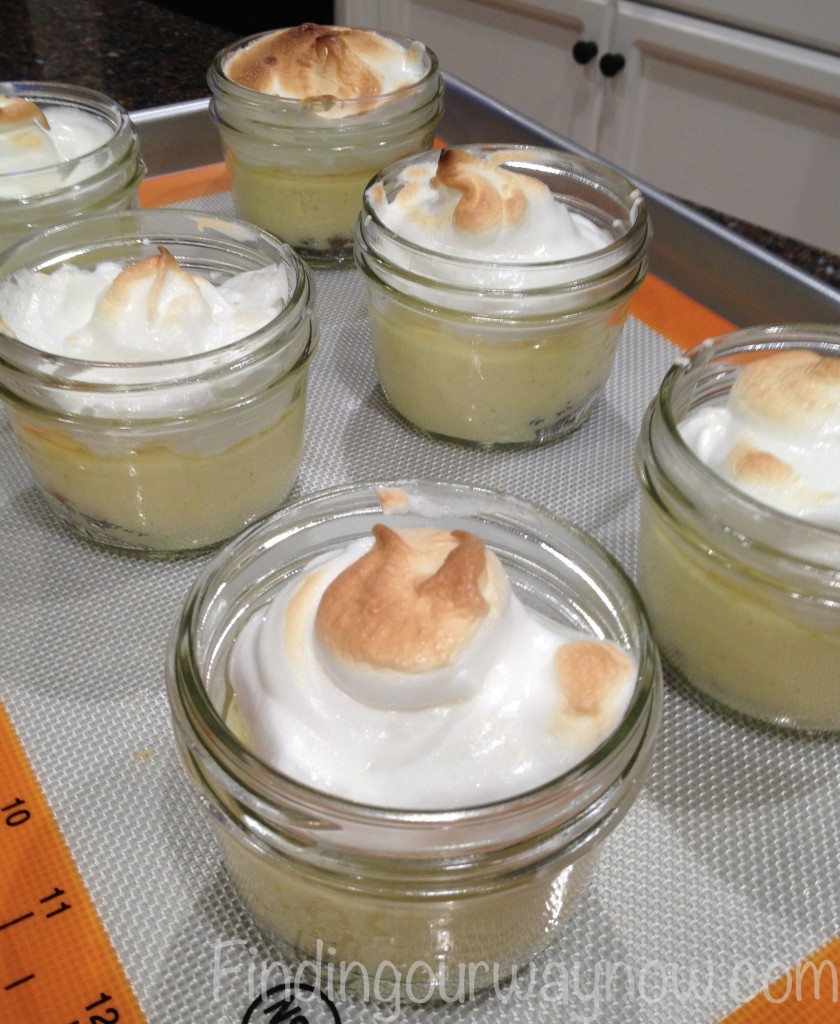 In a medium mixing bowl, combine sweetened condensed milk, lemon juice, and zest, than add  in egg yolks one at a time until combined. Place a cookie in the bottom of each jar and divide the filling equally between each of the 6 canning jars. Bake for 10 to 12 minutes, until the filling is just set, it may be a bit jiggly in the center.

Allow the mini pies to chill in the fridge before serving, or store in the refrigerator covered for up to three days. 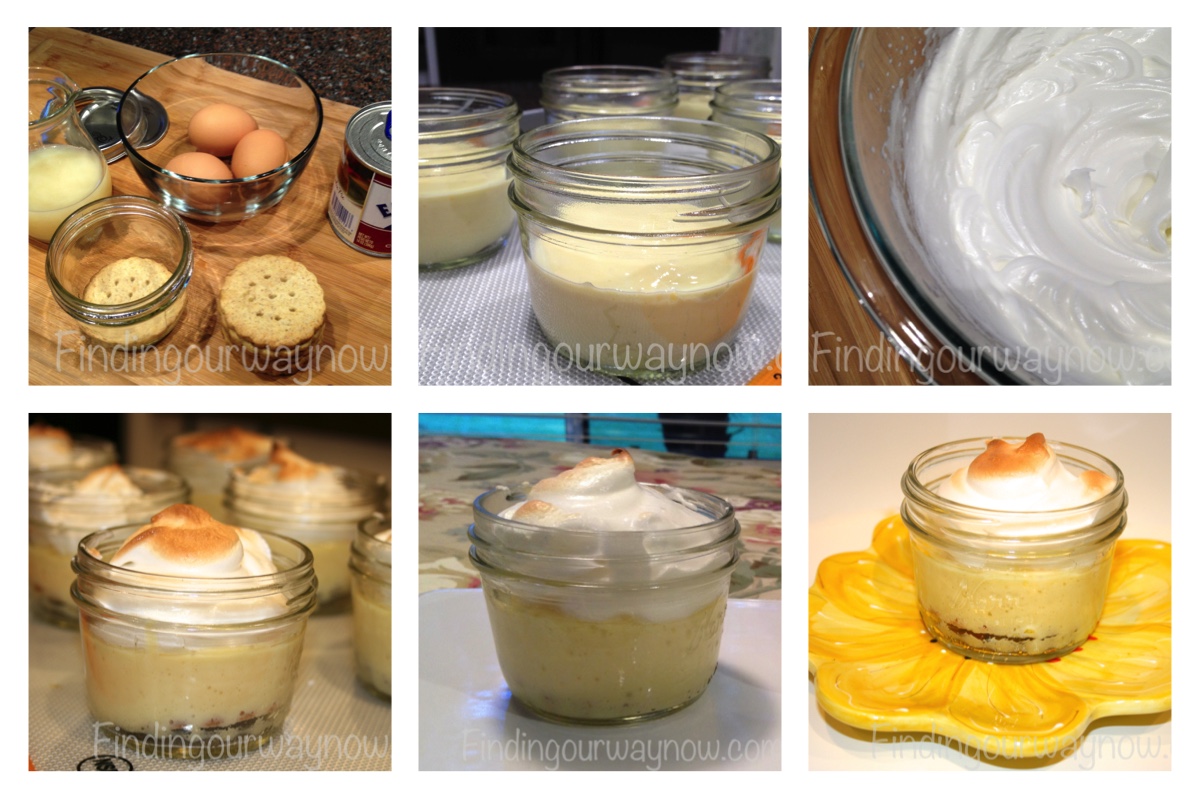 These little gems were a very big hit.  As you can imagine they lasted a nano second.  I’ll need to make double the amount the next time to ensure that I have leftovers for my friends (and me).

If you enjoyed this Lemon Meringue Pies In A Jar, check some of my other recipes such as these Pumpkin Pie In A Jar, Chocolate Mousse Pie In A Jar and Macaroni and Cheese In A Jar.