This Artichoke and Bell Pepper Salad Recipe was an experiment that turned into a great salad. There’s a saying, “Necessity is the mother of invention.”  Many years ago I was in need of a salad and didn’t have the necessary ingredients I would normally have on hand. As I was rummaging around the kitchen to see what I had available, I had an idea. My idea turned out to be a great success and is still a favorite in our home.

If you love artichokes, then this Artichoke and Bell Pepper Salad recipe is ready made for you. 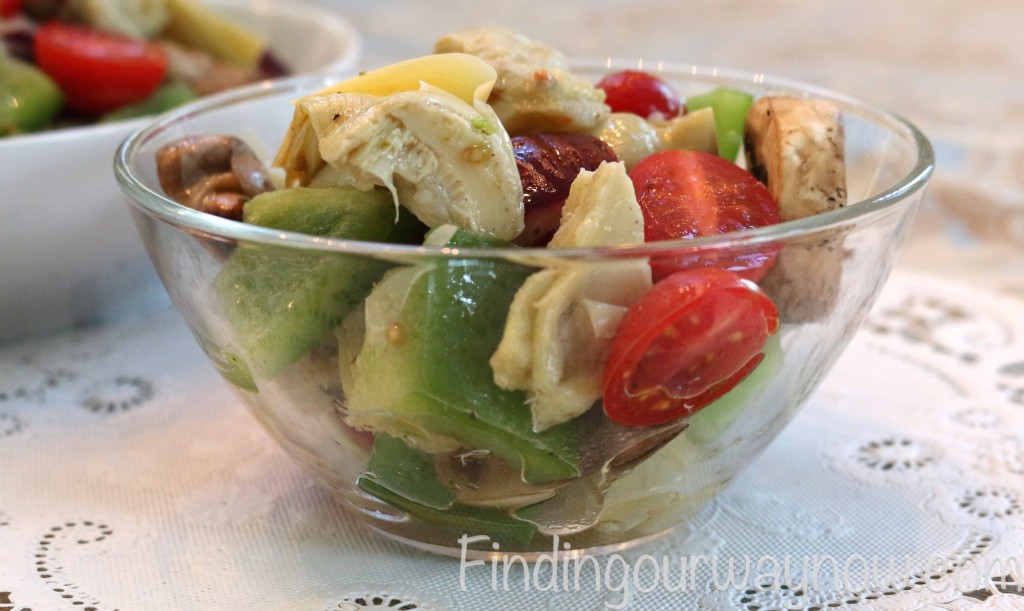 Cut bell pepper and onion into bite sized pieces. Add the cherry tomatoes and mushrooms and toss the vegetables.  Empty the jar of marinated artichoke hearts with the marinade in a bowl.  Where necessary, cut the artichoke pieces in half or in bite sized pieces.  Add the olive oil, salt and pepper. Toss all the ingredients until well coated with the marinade and serve. 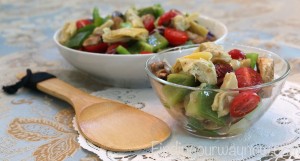 Notes: There are two types of marinated artichokes hearts: oil based and non-oil based.  Either will work.  I prefer the artichokes in a jar that are oil based, but if you are looking for something a little lighter, the non-oil version works just as well.  This recipe can also be made ahead of time and refrigerated before serving.  If you’re not a fan of mushrooms you can leave them out, just add a bit more of the bell peppers and cherry tomatoes.  The cherry tomatoes can be substituted with medium tomatoes that are cut into bite sized pieces.

If you enjoyed “Artichoke and Bell Pepper Salad,” check out the  Fresh Mushroom Salad and Light Easy Tomato Pasta.