George Schalter from Educational Kid Games had guest-posted a while ago with “Summer Of Dragons.” He has again been very patiently waiting for me to post a new story he had submitted a long time ago called “I Want A Dog.” I have no excuses other than life and time just got away from me. So without further ado, I’ll let George take it from here.

I Want A Dog

I Want a Dog! Have you ever heard of substitute dogs?

We could never have imagined the trouble a slim, dog-eared picture book would cause. My wife’s mother found the picture book while clearing out old cupboards, and she brought it over for the kids. It was called I Want A Dog. Story and pictures were by Dayal Kaur Khalsa, a wonderful American artist, based out of Canada. The kids, of course, had to sit Grandma down and snuggle up on either side, all ready to hear her read. Oh yes, they are old enough to read on their own, and they can, but this is a ritual they enjoy. We don’t see why they should give up something they all enjoy thoroughly.

May wanted a dog, and how she went about trying to get it

As we puttered around completing some chores, we too heard the tale of May and how she wanted a dog more than anything else in the world. She had dog pictures on her room’s walls and daydreamed of dogs in class. May’s goal was to get a dog, and the rest of the book shows how she worked towards that goal, trying to cleverly persuade her parents that she was responsible enough to have a pet. It was simple and yet so well written that both my wife and I frequently found ourselves behind the couch peering down at May and her doggie and non-doggie buddies!

The ironies of life 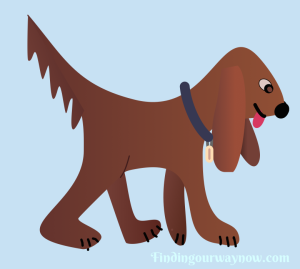 The book was read and reread. In fact, we found a short movie based on the book. Much enjoyed, the kids spoke a lot about it. May had a substitute dog in her roller skate. Soon we were tripping over the leashes of two substitute dogs at home!

Then out of the blue, came the question, “Can we get a dog?”

My parental antenna was whirring. TROUBLE. If the younger half of the population in a house wants a dog, it’s not easy for the older half to say an outright ‘NO’, parent or no parent. We could have used our parental veto card and said ‘NO’, but we like to try other words, before that.

We went by the book, literally, as we said all that May’s parents had said –

Dogs take a lot of care.

They have to be walked every morning and every night, in rain and sleet and hail and snow. (At snow, even my wife’s eyebrows went up, for our parts are not known for snow!)

Dogs have to be brushed, bathed and taken to the vet for shots.

They were fine with all this. Desperately, I played my trump card – you have to clean up their poop. At last, I had found their Achilles heel (my mother had used the same line to dissuade me when I had wanted a dog!), but I was not sure how long that would stall them.

Grandma to our rescue

The next time the kids’ grandma visited, she almost tripped over the leash of our younger one’s substitute dog. Recovering, she sat down to hear about the ‘dog problem,’ as my wife called it. Very calmly she pulled out her tablet and brought up Neopets, a virtual pet game she has heard much of and had started using, too. She had virtual pets she was caring for, and the kids played the games sometimes. She made her offer – adopt a virtual pet, nurture it, and prove to your parents that you can handle another creature. They could continue having their substitute pets on leashes, but they were not to be carelessly left about for others to trip over. If they were good at that, and at looking after their virtual pets, she would buy them fish in about a year. Other pets that required more care – well, they would have to wait. 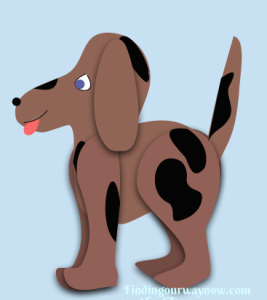 Our immediate problem had been sorted out with great firmness, thanks to the kids’ grandma. They read the book all over again with as much joy as before. Sometimes saying ‘NO’ is also an art. My wife’s mother had used digital games to temporarily solve the ‘dog problem’ while my wife and I had used old fashioned methods of dissuading our kids.

After a few days, I asked our younger one, ‘What have you named your virtual pet?’

‘Oh, I call her May, and when we get a real fish, she’ll be June, but, when the real dog comes AFTER THAT, she’ll be May again. You see, I loved the way May from the book kept trying again and again to get a dog.’

As he ran out, he called out to his substitute dog, ‘Come on May, let’s go play.’

Stumped, a startling thought popped into my mind – maybe we would have a real dog named May, by May next year.

Thanks, George. I do too… LOL. You can find George at Educational Kids Games and on Facebook, Twitter, Google+

If you enjoyed “I Want A Dog,” check out Summer of Dragons, Assumption – A Dog and A Rabbit, and No One Was Watching.

P.S.: Check out the cool books about dogs below. 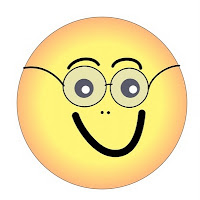 Description
George Schalter loves being a dad. He and his wife share the joys and responsibilities of bringing up their two children. As believers of good all round education, they spend a lot of time playing with their children and spending time outdoors. As George is the writer in the family, he blogs at Educational Kids Games.
Author
George Schalter
Previous Post: Merlo Winery Blackbird Red Wine Blend: #Wine
Next Post: Three Easy Dessert Sauces: #Recipe