Homemade vanilla pudding seems so ordinary; it is anything but.

The word pudding used to be an English catch-all term referring to all desserts. The origins of this type of pudding we know today are unknown, but it has been around for many centuries. It was originally called Blancmange, a French word, translated to mean “white dish.” Blancmange usually consisted of chicken, milk or almond milk, rice and sugar. It was considered to be an ideal food for the sick. In fact, there was a mention of it in the book Little Women when  Jo brought Blancmange, made by Meg, for Laurie their ill neighbor telling him “it was so soft it would slip down without hurting your sore throat.”

Over the years, the recipe has morphed into what we now call vanilla pudding. It’s an amazingly easy and versatile recipe. By itself it is a comfort food that brings back many memories of home, family, and childhood. It’s also the perfect platform and basis for many flavors, mousses and cream pies.  This is my version of this simple dessert. 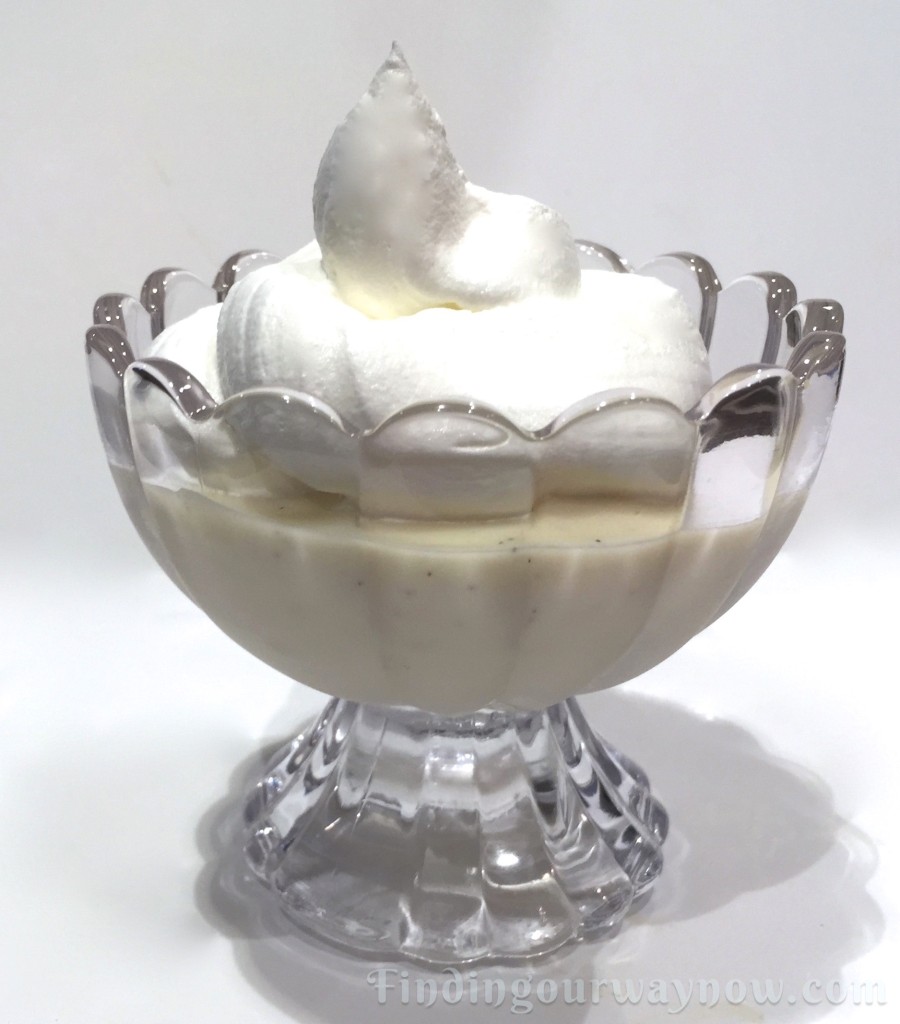 In a small bowl combine the cornstarch and ½ cup of milk. Whisk them together to blend until smooth and there are no lumps.

In a medium saucepan, combine the remaining milk, cream, sugar and salt. Stir until the sugar is dissolved. Cook the mixture over medium-low heat until you start to see steam rising from the surface.

Whisk the cornstarch a bit then slowly whisk it into the hot milk mixture; continue to whisk the pudding until all the cornstarch mixture is incorporated. Raise the heat just a bit. Cook about 3 to 4 minutes, occasionally stir until the mixture starts to thicken and is barely at the boiling point. It will form slow bubbles making a plopping sound when that happens. Immediately lower the heat to a very low setting and stir continuously for an additional 3 to 4 minutes until it thickens. The pudding is done when it starts to stick to the sides of the pan. When that happens, add the butter and vanilla, stirring until they’re incorporated into the pudding. Whisk the hot pudding a bit more to smooth it out.

Pour the pudding into a 1-quart bowl or 4 to 6 small dessert bowls. Place a piece of plastic wrap directly onto the pudding to prevent a skin from forming. Refrigerate until chilled, garnish with whipped cream and serve, or it will keep nicely for the next day. 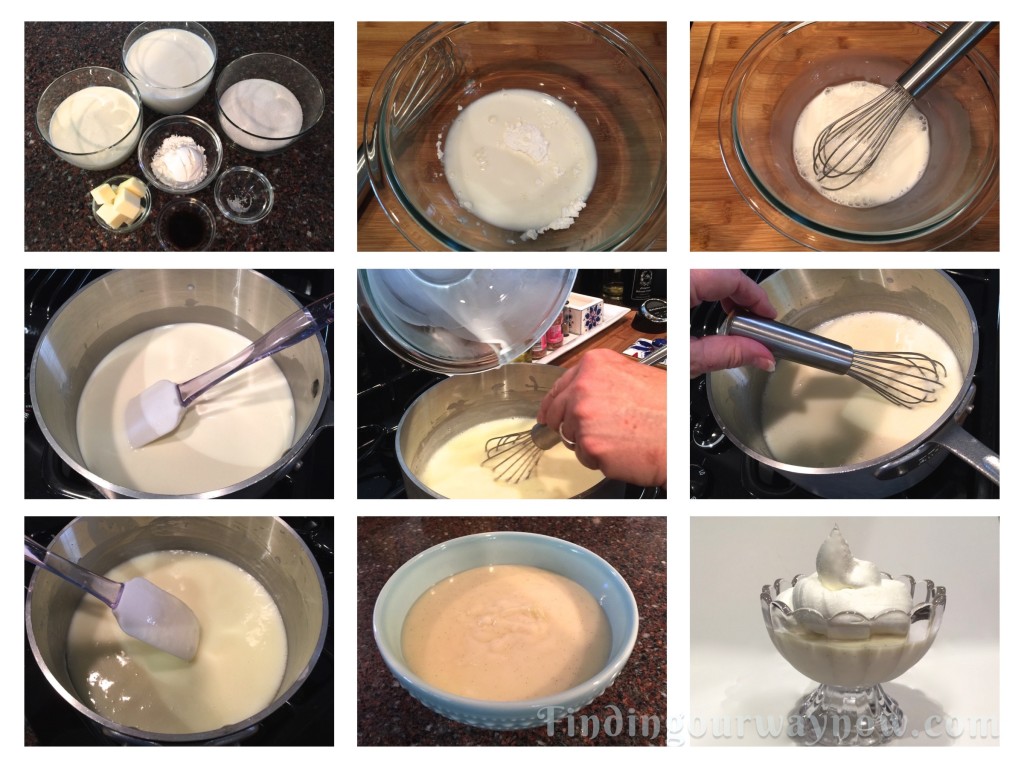 Wine Or Beverage Pairing Suggestions: Coffee and tea are always a good choice with a simple dessert like this. However, if you really want to treat your guests, why not serve a dessert wine such as IPSUS Pantelleria Passito.

Notes: I often use vanilla paste because of its intense vanilla flavor and the tiny seeds that are present, regular vanilla extract works just fine too. You can use any type of milk with fat content from 2% to cream or a combination of your choice. One type of milk I wouldn’t recommend is nonfat. It just doesn’t taste good at all. The recipe can be easily doubled if you are in need of more servings. As for the skin, some people love that part of the pudding so if you are one of them, leave the plastic off to allow the skin to form. If you’re using the pudding in another recipe, or for other things, the skin would not be something you’d want to be present.

It may surprise you to know that this recipe actually takes no more time than making vanilla pudding from a box. What is hugely different between the two is the taste. I know, I tested both and the homemade wins hands-down. Our homemade vanilla pudding will always be our go-to recipe for its ease and taste when pudding is called for or on the menu.

BTW: Stay tuned for my fun Cream Pies In A Jar Three Ways and Chocolate Pudding next week.

If you enjoyed my “Homemade Vanilla Pudding,” check out my Chocolate Pots, Panna Cotta With Fresh Fruit and this awesome Homemade Italian Cheese Cake. Enjoy.

P.S. Take a moment to check some of the tools I used for this “Homemade Vanilla Pudding” below. 🙂