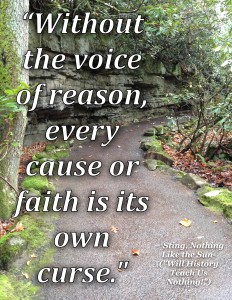 In light of all the issues that have occurred of late on a national and international scale, I was reminded of a story about the color of racism that happened a very long time ago. It seems as pertinent today as it did then. As it is with all my stories, there is a lesson. I will leave it to you to surmise what that lesson is for you.

It was lunchtime on a quiet day at a busy popular local coffee shop. I had been out on a few sales calls and needed to grab a quick bite.  A black waitress friend I knew well showed me to a table, we exchanged a bit of gossip, laughed and I placed my usual order. In came a young black man, hat askew with the swagger of a young man whose exaggerated confidence doesn’t yet fit his life’s experiences. He was led to a table and offered a menu. In the back of the restaurant sat a young white female police officer. Across from her was a young black kid. They appeared to be in a friendly conversation. 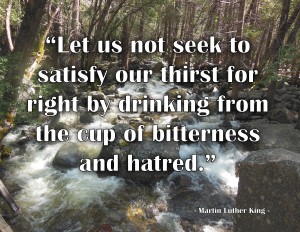 Shortly after, the female officer talked to the black waitress while writing something on a piece of paper. She handed the waitress the folded note, paid her bill and left the restaurant with her arm around the young black kid. As she left, the black man yelled at her back calling her “white trash racist pig.”  All who were in the restaurant (from all walks of life) were dead quiet. 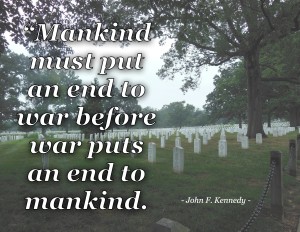 I finished my meal and asked for the check. As I handed over my cash, I asked my friend, the black waitress, what that exchange with the black man was all about. It turned out the note from the white female officer given to the black man said: “Racism and all of its ugliness comes in many colors – be it against men or women in uniform, the color of a person’s skin, ethnicity or religious beliefs.” Then I learned the white female officer turned the other cheek and paid for the black man’s lunch. She was in fact a Hispanic female police officer who was married to a respected black high school teacher and the young black kid she was with was her son. The black waitress conveyed that information to the young black man and made it clear he could finish his lunch but he was not welcome back in her coffee shop. 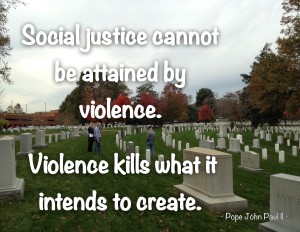 All I could think was WOW! What must have been going through the officer’s young son’s mind at the time of the exchange? What did his mother say to her son, how did she explain the exchange to him after they left? What went through the young black man’s mind after the conversation with the waitress? Lastly, how that must have felt for all involved.

Life’s journey continues for some, but not all…

If you appreciated “Color of Racism,” check out Perceptions, Childhood Perception and You Never Told Me That.