I have such a special treat for you from Jeannette Paladino @Write Speak Sell called “Anything For Thanksgiving?” She is a wonderful friend who has been so gracious in offering up a story about Thanksgiving. Enjoy!

I grew up in Bellmore, New York. It’s a community on Long Island about 25 miles from “the city.”

That’s how people refer to Manhattan, even residents who live in New York City’s outer boroughs of Brooklyn, Queens, Staten Island and the Bronx (no one know why Bronx gets a “the” in front of it).

Bellmore then was a fairly rural community on the south shore near Jones Beach where I swam in the ocean and played around in the pool with friends on summer vacations – lucky me.

It was an insular childhood with television in its infancy. So I think that’s why my friends and I didn’t know that begging for Thanksgiving was a tradition local to Long Island and the outer boroughs. It doesn’t seem to have caught on in other parts of the country.

We didn’t dress up for Halloween that I recall, although young boys and teenagers would pull their usual pranks.

Instead we dressed as ragamuffins and, with baskets in hand, went from door to door begging for food. When a homeowner opened the door we’d ask, “Anything for Thanksgiving?”

They were expecting us, of course, and we always came away with candy and the occasional nickel or a few pennies. Boy, did we feel lucky. All that money!

When writing this piece I did a little research and the New York Public Library says the begging for Thanksgiving tradition started in the 1870s and petered out in the 1950s. There was even a Ragamuffin Day in New York in which the urchins would parade down city streets.

Cranky residents began to complain that the parade and begging for Thanksgiving were disrupting their Thanksgiving holiday so the tradition petered out in the 1950s.

The nascent Thanksgiving Day Parade in NYC was gaining in popularity and gradually supplanted Ragamuffin Day. Below is a photo from a parade in the 1930s.

This brings me to the next part of my Thanksgiving story – I marched with my Mepham High School Band in Macy’s Thanksgiving Parade in front of Santa Clause for four straight years! You got to see us on (black-and-white) TV because the cameras always zoomed in on Santa Claus.

The parade then was nothing like the commercial extravaganza it has become today with Broadway shows and TV stars hawking their wares on camera.

I remember getting up at the crack of dawn and walking in the dark to my high school (we weren’t pampered in those days by parents who drove you everywhere) and getting on the bus to NY.

On one particularly nasty Thanksgiving it was snowing lightly. Wearing ballerina slippers was all the rage then and, of course, I had to be in style.  But the soles were paper-thin and my feet got soaking wet. I thought they would freeze before we finished marching.

Here I am in uniform with my horn tucked under my arm.

My parents always held the turkey until I returned to my nice warm house. Did I have anything for Thanksgiving? You bet I did.

Thanksgiving is my favorite holiday. No presents to exchange. Just getting together with friends and family to celebrate how lucky we are to have each other. As we sit around the table, each of us says what we’re thankful for.

I’m particularly thankful for being born in and enjoying the bounty of my great country. I’m thankful for all my friends and family who have shared my life in the good times and rallied around me in the dark times.

I particularly thank the women and men in the military serving our country in far off places. They are truly deserving of our prayers and thanks.

Finally, I wish each of you a Happy Thanksgiving and all the joys of the coming holiday season.

If you enjoyed “Anything for Thanksgiving?,” check out Mom & A Thanksgiving Turkey, The House By The Side Of The Road, and Ending Beginning. 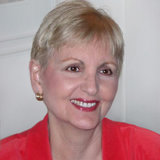