All children come to know the power of whining, and I was no exception. I eventually moved on from begging for toys to haggling for living things. My mom only said yes to my wish for a kitten because she thought the request an impossible one. No matter. I would show her I had what it took to become a kitty catcher.

Our neighbor’s cat had given birth to a litter and stowed them away underneath their house. When the kittens eventually ventured out, they were wild little things. Their antics provided much amusement from the vantage point of our kitchen window which overlooked the Henderson’s backyard. Most of the kittens’ days were spent crawling over the wood pile or lazing along the edge of the back patio. 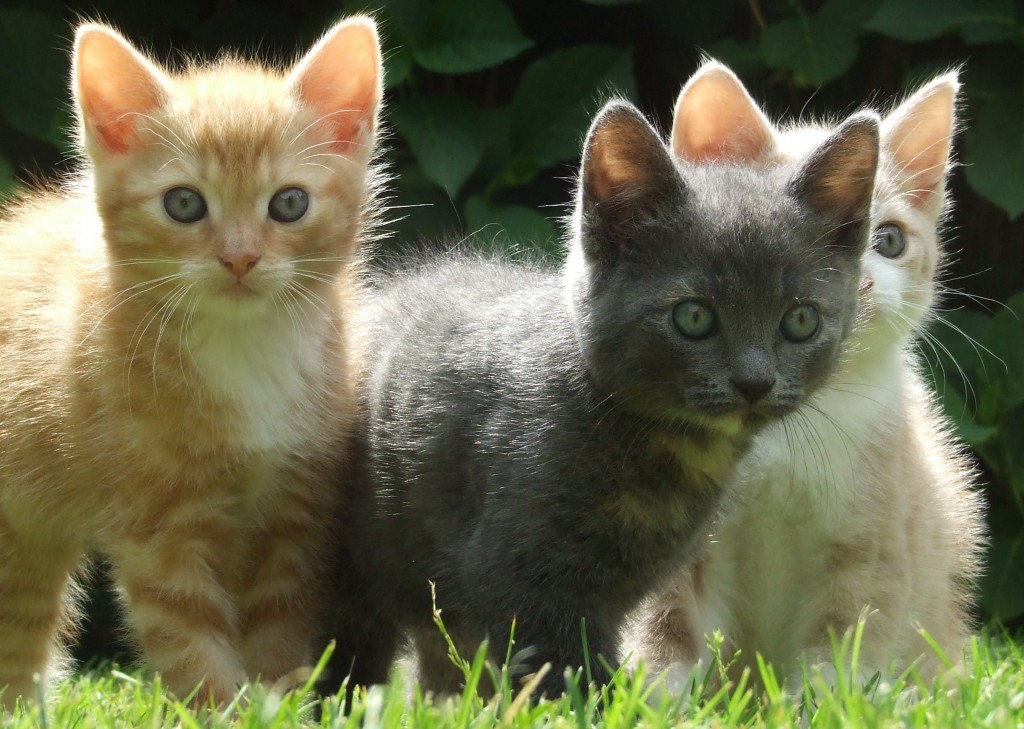 I took many approaches to becoming a kitty catcher. It didn’t matter if I put a bowl of cream out or if I tried to sneak up on a kitten while it clambered over pieces of firewood. Nothing seemed to work. I spent the majority of each long summer day for nearly a week stalking the tiny balls of fur that hissed and scratched when I invaded their domain.

It was no secret my two sisters and parents got a kick out of watching me. Maybe they weren’t ready to replace our recently departed cat Cricket, but I knew an opportunity when it presented itself. The stodgy white Persian I used to lug around couldn’t compete with the allure of six playful kitty cats. My cousin came to stay the night that weekend. We put our heads together and came up with what seemed like the perfect plan. 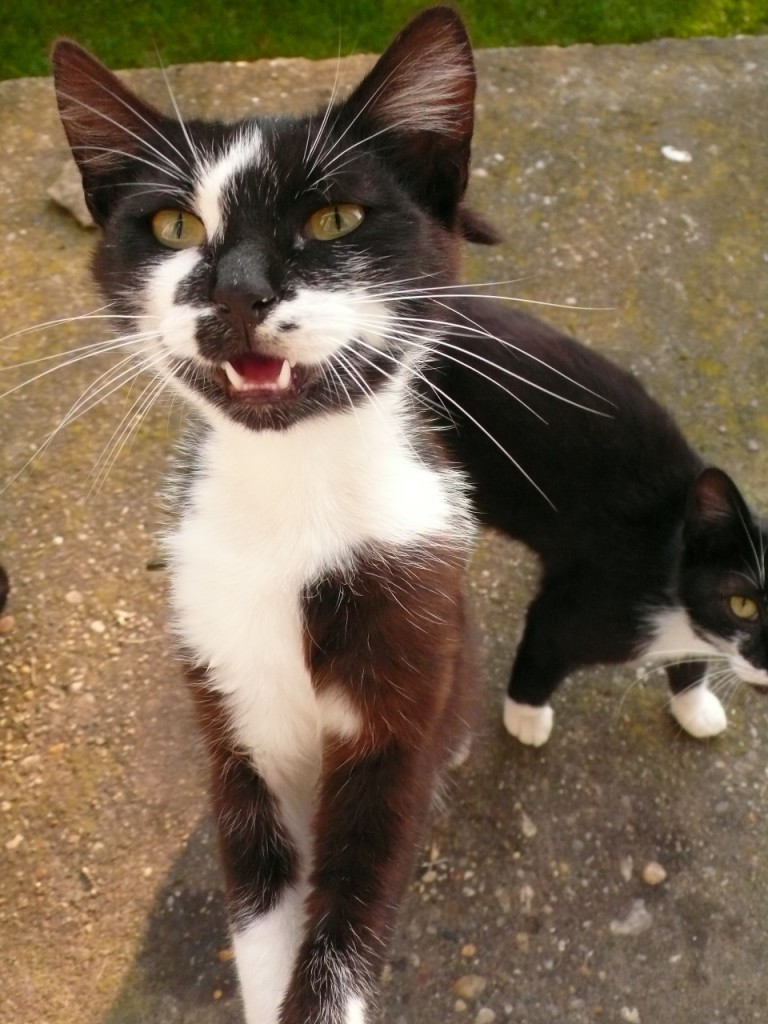 In the heat of the day, the cats often sat in a row along the wooden fence and let their tails dangle over the cement of the driveway. Each gentle swish and twitch belied their true nature. No matter how many times we tried to snag one by the tail, the kittens screeched and scattered only to return to the warmth of the sunny parking area.

Eventually, and when I least expected it, I finally got a good grasp on a long black tail. I gave it a hard tug and out came a cat attached to it. It snarled and scratched to no end, but I refused to let go even if it meant watching my arm bleed. I wanted a cat and I finally had one in my possession.

Luckily, the neighbor’s son was visiting for the weekend as he often did to help his aging parents with chores around the house. He came around from the other side of the fence with a brown paper grocery bag in his hand. I dumped the cat into the bag and he closed the sack. My cousin and I took my kitten home much to everyone’s surprise. It’s amazing he didn’t claw his way out of the bag. 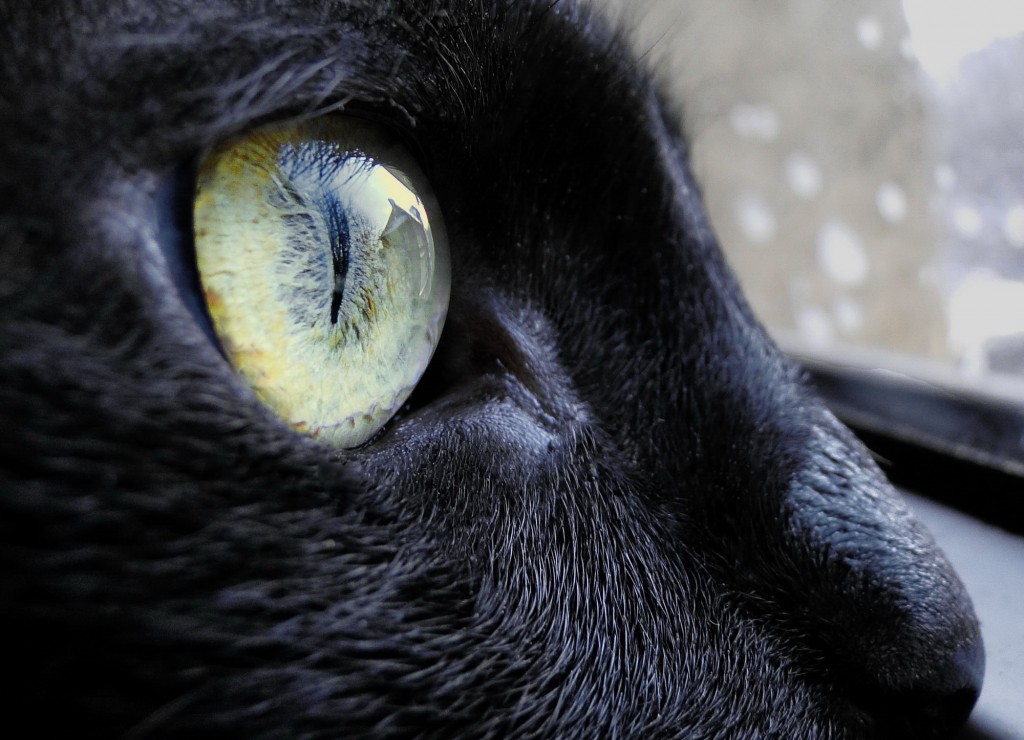 I named him Rubic, after the wildly popular game cube of the time. It took the better part of two weeks for Rubic to make up to me, but when he did, we became the best of friends. I had shown everyone. I had become the kitty catcher. I had not given up. Such stubbornness and determination has seen me through much in life.

What have you ever wanted so much as a child that you went to extreme lengths to achieve it?

If you enjoyed reading this post you might also enjoy Riding Lessons, Horse Crazy, or Stupid Kitty and the Hairball of Doom!

Please take a moment to check out Jeri’s website and blog Word Bank Writing & Editing as well as browse her titles on Amazon. 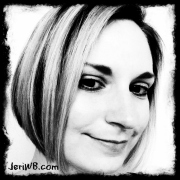 Article Name
Riding Lessons: #Story
Description
Jeri Walker is a contributing writer for Finding our Way Now LLC. She also serves as copy editor and book formatter for Susan's publications. Jeri is a freelance editor and writer offering incomparable quality at affordable rates. She believes in making every word count. Her creative writing is influenced by a stranger-than-fiction life story. You can connect with her via Word Bank Writing & Editing at JeriWB.com or browse her books on Amazon.
Author
Jeri Walker
Previous Post: Tis’ the Season for Mulling Wine: #Wine
Next Post: Marshmallow Ghosts: #Recipe