I had a moment that triggered a memory that threw me back to my very first year as a teacher and one of my students, a first grader by the name of Bren. His simple, innocuous question, “Is the bus here yet?” ultimately taught me a great lesson that I’ve used all of my life.

Is The Bus Here Yet 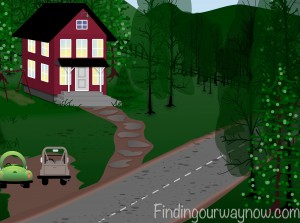 It was my first year of teaching. I was full of apprehension. Was I up to the task? Was I good enough? Did I have what it took to be a good teacher? Regardless of whether I was ready or not, the day had arrived, and I was standing in my new classroom in a three-room schoolhouse out in the middle of nowhere. My first classroom of kids consisting of first, second and third graders were arriving. Some of the kids were siblings, which helped many of the smaller children with what they needed to do. That was a nice surprise.

The first few days were pretty easy, and I started to feel I could do this teaching thing. The principal and upper-level grade teacher came by to check on me. The principal was an older gentleman with a gruff demeanor that let me know he was in charge. We exchanged pleasantries, and he offered his assistance if I needed anything. The three-room schoolhouse consisted of two classrooms and a lunchroom with two part-time cooks who prepared breakfast and lunch for the kids. These cooks were grandmotherly types who took me under their wings and made everyone feel special and at home. 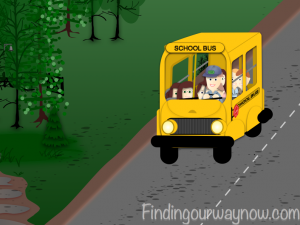 The first month or so was exhausting, and I learned a ton. But I soon realized I needed to learn a whole lot more. Teaching three levels at the same time for a first-year teacher was a true test of my untested skills. From that experience, I truly believe it taught me to be the teacher I was to become.

As it is with any class of kids, you’ll have a child who proves to be a bigger challenge than most. My very first problem child was Bren. He was NOT interested in school at all, especially reading. He became bored easily and would disturb the rest of the class when that happened − and it happened quite often. Being a new teacher, I was unprepared to deal with this challenge. I decided that my best course of action was to isolate him in the lunchroom with the grandmotherly cooks. They took pity on Bren, feeding him cookies and milk, not the kind of punishment I had in mind. I had a conversation with them, and we settled on what would be best. 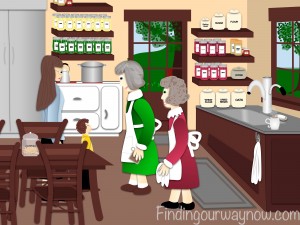 Bren soon returned to the classroom with a desire to try and do his best. It was preferable to sitting in the lunchroom bored out of his mind.

He loved cars, and I mean all things car related. Using this information as an opportunity, I asked him what he wanted to be when he grew up… a racecar driver. After a few more questions, I asked how he was going to read the stuff he needed to know to do the job right. He shrugged and said he would have someone else do it. I persisted, “But what if they weren’t around? What will you do then?” He was quiet and didn’t answer. After that, he agreed he would make an effort. He did just that, but it was hard. He bored and tired easily, disturbing the classroom. Bren once again would find himself back in the lunchroom. He struggled; it was frustrating for both of us. It went on like this for a while, back and forth, effort and then no effort.

It was late fall in the mid-morning. I was working with my second graders when I heard a few snickers. I looked up and saw Bren standing at the door with his coat on and backpack hitched to his back. I left the second graders to their studies and walked over to Bren, stooped down and asked why he was there. He said, “I’m tired, is the bus here yet?” I was surprised and then a light bulb went off. I helped him off with his coat and backpack and took him to the lunchroom for some milk and cookies. 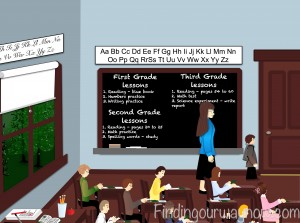 It was time for lunch and then recess. I had a bit of time to check on what had just dawned on me. I talked with the cooks. I went to the principal and asked to see Bren’s admission records. After studying them for a bit, I knew what I needed to do. I talked to the principal; he nodded and agreed with my assessment. We called Bren’s parents to set up a meeting.

In my haste to start the year off right, I hadn’t checked each child’s admission papers. When I talked with the cooks, I learned when I sent Bren to the lunchroom he would often fall asleep. As it turned out, Bren, although quite smart, was much too young for first grade.

When the principal and I met with Bren’s parents, it took a bit of persuading before Bren’s parents reluctantly agreed with our suggestion. We immediately placed Bren in an early childhood program in another location, which was a much better fit for his age. After a few months, I went to check on Bren. He was doing very well. When he saw me, he ran over and gave me a hug. It warmed my heart. 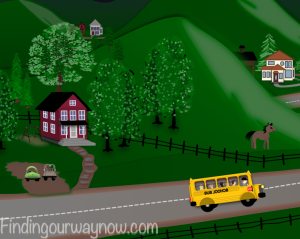 It’s a lesson I’ve never forgotten and have used all through my career. Sometimes a person is in the wrong place and not a good fit for a situation or circumstance. When we can recognize that and act in that person’s best interest, they are ultimately much happier, giving them a much-greater shot at succeeding and everyone wins.

As for Bren, as an adult, he did go on to work on racecars. He eventually became part of the support team and pit crew for different racecar drivers. The last time I checked, Bren was considered to be one of the best in his field. In his case, finding the right fit proved to be the best thing I could have done.

Have you had a flashback, like my “Is the bus here yet?”, that reminded you of a lesson that has proven invaluable to you over the years? I would love to hear your story.

If you enjoyed “Is The Bus Here Yet,” check out We Still Love You, My Little Howdy Doody and To Make A Difference.