Having been a first grade teacher for a number of years, I learned some really great things and made many wonderful memories. The kids in my class were into watching Sesame Street, Mr. Rogers’ Neighborhood and Howdy Doody and at times I would use those shows to spark their interest in learning about subjects that were less desirable. This brings me to my story. 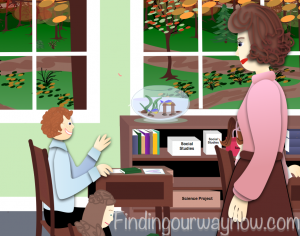 It was the beginning of the year and all the kids in my new first grade class had arrived. There was one particular kid who immediately caught my attention. His name was Greg. He had earned a bad rap in Kindergarten and the teachers were very careful to warn the next teacher what was in store for them. Greg was small for his age, had a large smile that stretched from ear to ear, freckles that covered his nose and cheeks, big bright blue eyes and flaming red hair. He looked a bit like Howdy Doody.

As a teacher with some experience, I had learned not to judge a child from others’ opinions. There were more times than not when those opinions were not what I would experience. I approached Greg the same way − with an open mind.

The first few months were pretty much what you would expect. Greg, my little Howdy Doody, was active and I had a bit of trouble keeping him under control. He would distract the class from time to time with his deep, loud voice and incessant questions. Regardless, he had won my heart with his generous smile and over abundance of enthusiasm. 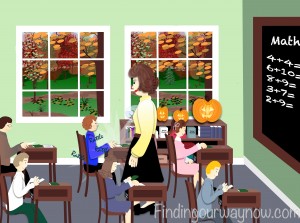 It was fall and Halloween was approaching. All the kids were excited and making plans for dress-up day and the school Halloween parade. Greg was all over the place and not to be contained. I tried everything to keep him busy, but to no avail. The most annoying thing was he would almost vibrate at his desk, making it rattle in place. I tried everything to keep him still, with praise and rewards for the few times he accomplished being still. Nothing helped. I was not going to resort to any form of punishment until I had little to no choice. 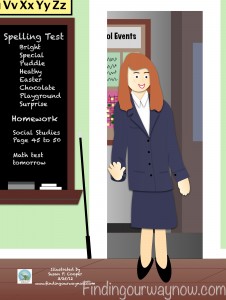 I decided it was time to talk to his parents. I set an appointment with Greg’s mom after school when the kids were gone for the day. When his mom arrived I smiled. She was the spitting image of her son. She was a beautiful woman with bright red hair, blue eyes and a smile that made you smile back. I started with a bit of small talk and learned she was a well-respected head nurse in a nearby hospital. Then we got into the meat of the reason for the meeting. Smiling, she listened intently as I described my concerns and asked her for suggestions as to how to help Greg be successful in school. When I’d finished she smiled even larger and sighed.

Still smiling she said, “Did you know he loves you as a teacher? He never stops talking about you when he’s home.” I blinked. I had no idea. She continued, “I know that Greg is over-active at times. He gets that way when he’s excited about what he’s doing.” I wondered how I was going to make this work as I continued to listen to her thoughts. “To answer your question as to what you can do, is there a way to get him out of his desk from time to time to work on a project? We’ve provided a few workstations at home with all the things he loves. That really helps keep him engaged. We know he’s bright and we are trying not to squelch his enthusiasm. I’d mentioned this to his other teachers but they didn’t seem to think that would work.” We continued to talk for a bit about Greg and his Halloween costume and then we closed the meeting. 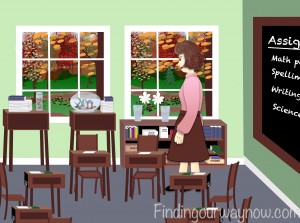 As I was traveling home, I thought about that conversation and an idea hit me. I knew it would take some work, but I truly believed that the whole classroom would benefit from it as much as Greg. It took a week or two. Halloween had come and gone. I spent the weekend putting the finishing touches on my plan. When Monday arrived the classroom was abuzz with what they saw, especially Greg.

The room had been totally reorganized. I had set up workstations all around the room for different disciplines, including their favorite television shows in the mix. On the board was a list (icons were there for the slower readers) of their schedule and assignments for the day. The way it worked was once they were finished with an assignment they could choose a station to work on. When they finished a certain project, they could move from station to station at will. It took about a week for everyone to catch on. Greg was ecstatic and helped the other students understand and would take it upon himself to assist the others with the workstation projects. It was a huge success and everyone benefited, especially Greg. 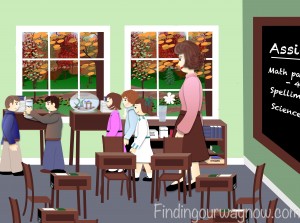 I still smile whenever I think of my little Howdy Doody. I learned two things from this experience. It confirmed you should NEVER judge someone by others’ opinions; your experience may be radically different.  That there are times we need to make adjustments in life that can accommodate all who are part of it. When we make the effort to do so, the rewards are beyond measure, such was the case with my little Howdy Doody.

What lessons have you learned from your past experiences? Of those experiences, what makes you smile? I look forward to hearing your story.

If you liked “My Little Howdy Doody”, check out We Still Love You, Gift From Santa and Dyslexia, A Personal Challenge.  Enjoy.