Do we really know when it’s time to quit something we’re doing?  I don’t think we do. 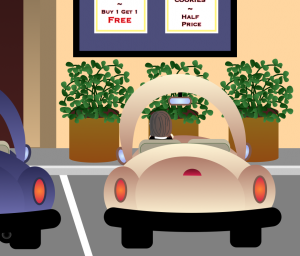 I’m an avid listener (and contributor) to public radio.  Sometimes it fills in a space while I’m driving, and other times something catches my attention and I find myself sitting in a parking lot in my car listening to a very interesting show.

That happened one other morning when I was rushing to the grocery store to pick up some miscellaneous items I needed for breakfast for my waiting quests.  The show was called Freakonomics.  The show’s topic was called “The Upside Of Quitting” by Steven Dubner. It was all about when to quit something and why. Steven and others were discussing something called “Sunk Cost Economics and Opportunity Cost Economics” and how this applied to our decision-making process when contemplating a change of direction in our lives.  For me, this was (and is) a very timely topic. 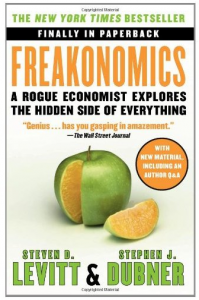 They went on the say that these past expenditures (Sunk Cost) should normally not be taken into account when determining a new direction.  However, it is our common instinct to count them when we are making a decision.  Steven and the others were not recommending that we ignore our past experiences; expenditures or lessons learned (Sunk Cost) but suggested that we always put them in the proper context when making a decision.

Below is an excerpt from the show I was listening to on NPR:

“STEVEN DUBNER (Show host and commentator): That’s Hal Arkes; he’s a psychology professor at Ohio State University. A “sunk cost” is just what it sounds like time or money you’ve already spent. The sunk-cost fallacy is when you tell yourself that you can’t quit because of all that time or money you spent. We shouldn’t fall for this fallacy, but we do it all the time. Arkes and a colleague learned something that makes falling for the sunk-cost fallacy even more embarrassing. It turns out that children don’t fall for it — or even animals.

HAL ARKES: Your dog is not going to have any rules like; “Oh, I spent a lot of time at that location waiting for him to feed me, and I wouldn’t want to waste all that time, so I’ll go back there and wait even though it wasn’t very successful.” Now, humans have these other things that get in the way.

STEVEN DUBNER: What gets in the way? Apparently we take a rule we learn growing up — to not be wasteful — and over apply it.

HAL ARKES: Well, there’s that chance that what we’re working on actually can be rescued, can be resuscitated. Making the distinction and trying to decide whether this is a truly a lost cause or not, I recognize is a difficult decision sometimes because it’s not one of these things where it’s clearly one or the other. But after enough negative feedback, it should be more clear than.

STEVEN DUBNER: I guess with my band, I’d finally had enough negative feedback to quit. I’ll tell you the truth, some of the feedback, I still miss. It was insanely fun. And part of me still wishes I’d stuck it out, at least to finish that first record for Arista. But the bottom line? I’m so glad I quit. For me, it was the right move. Much as I miss music sometimes, the upside of quitting for me meant I got to lead a life more like the one that I envisioned.”

So here I was sitting in my car listening to this show with wrapped attention while my guests were wondering where the heck I was.  I couldn’t help it.  I have always found it fascinating that someone studies the economics of human behavior. 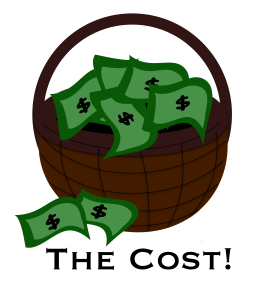 This show resonated with me on so many levels.  I’ve been struggling with a decision whether to stay the course of what I have always done (my experience) or do something totally different.  It has been a very uncomfortable tug of war going on in my mind.  The show pointed out a different way of processing my decision.  That, just maybe, the past (Sunk Cost) needs to stay in the past, and I need to invest my time and energy (Opportunity Cost) into something new.

How many times have we found ourselves wondering when to quit. We find ourselves saying; “but I have spent so much time and effort on …” or “I know if I keep doing this it will work?”  Lastly “I have this great experience with… and I am really good at it.” Then we use this as the reason (or excuse) for continuing down a certain path.

What we miss is the encroaching negative feedback that is a warning signal that we need to consider quitting what we’re currently doing, to move on to something much more desirable and profitable.  What makes it even harder to make a change is others help by encouraging and supporting the decision to continue our known path because of our past experiences and successes.!

In a sense, the Sunk Cost approach makes it easier for us to abdicate our need (or desire) to take a risk.  For me, I found myself reflecting on a time when I delayed a decision, or I chose the easier known route using that very logic only to find that the delay or decision was to my detriment.  If I had been paying attention to the encroaching, and growing, negative feedback I was receiving at any given time I would have clearly seen what it was I needed to do.  If I had just followed my instincts, to let go of whatever belief I was holding on to, I would have found myself in a much better space. I would have been MUCH further along on my journey to do whatever it was I desired. 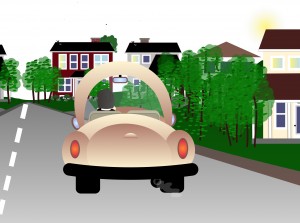 We’ve been taught from a very early age that quitting is a sigh of weakness and failure.  One of the phrases that was mentioned on the show and one I remember hearing growing up was “quitters never win, and winners never quit”.  Maybe it should actually say something like this; “winners know when to quit where others don’t”.  I wonder, if in fact, it shows great strength to quit something we know so well when we know, in your heart, it’s what we need to do by moving on to something we know is better for us.

Oh, if it were just that easy to know when to quit. We would all be in a better place to do what’s in our hearts.  Reality is we don’t trust ourselves, or our instincts enough to do that.  We rely on our past experiences, which keep us from quitting, and we continue to do the same things over and over again.  After all, it worked OK before, didn’t it?  Then there are the well meaning friends and family who discourage us from having the courage to do the very thing that is best for us. All under the guise that we’ve invested so much of ourselves in what has generally worked well enough in the past, to let that go now would be foolish.  So we stay in this (Sunk Cost) rut, miserable and unhappy because we don’t have the courage to quit and move on to a new, sometimes scary (Opportunity Cost) adventure. 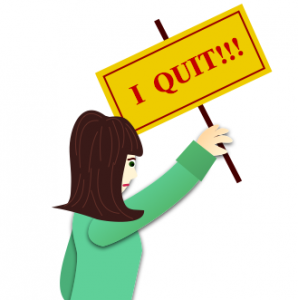 When the show concluded, I ran into the store to buy what I needed and then headed home to make breakfast for my very hungry guests… :-).  As I was driving, these were the things I reflected on about when to quit.  In the end,  it’s really up to us to determine our future.  Always look for signs that tell us it’s time to make a change.  Use our experiences and expenditures (Sunk Cost) as a guide as to when to quit and in the next new adventure (Opportunity Cost).

It takes courage to know when to quit anything and move on to another, often, better opportunity.  No one else can really know what is in our hearts. So I say let’s find the inner child within us to see the world, and it’s possibilities in new and exciting ways.  The last and most important thing are to have the courage to quit the old ways and invest in the new.  To find our way to what it is that gives us a sense of purpose that fulfills and makes us happy, whatever that may be.

If you enjoyed “When To Quit,” check out Emotional Baggage, Attitude Adjustment and Confidence, What Is It?.