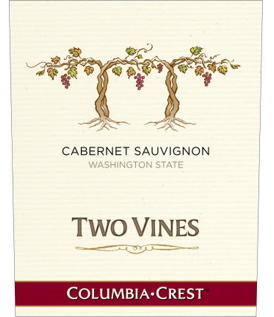 Columbia Crest Two Vines Winery takes great pride in producing handcrafted, superior-quality small-lot everyday affordable wines. Their first wine release was in 1984, resulting in a tradition that ultimately established them as one of America’s most popular and fast-growing wineries.  They have several varietals that also includes a reserve collection that is only available at their winery. All their wines are very reasonably priced, even their premium wines. 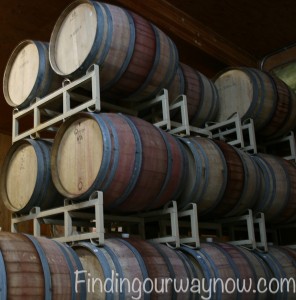 Columbia Crest Two Vines Winery can be found in the Yakima Valley.  An interesting fact about that area is the Yakima Valley is on the same latitude as the great wine-producing regions of France.

This area is where French, German and Italian immigrants planted Washington’s first wine grapes in 1825.  Their efforts pioneered the way for the wine industry in many areas of Washington State. As a result, many of the wine regions in Washington State are now desired destinations for many wine enthusiasts.  Regardless of the size of the winery, the character of each winery is as varied as the region and the grape varietals. Each wine area and winery are a fun and unique experience, especially as part of a vacation destination.  I think it’s high time I made a trip to that area.

This is what the winemaker has to say about their Columbia Crest Two Vines Cabernet Sauvignon 2011:

“Aromas of strawberry, cherry and cola lead to a silky, soft palate that culminates into a long velvety finish. This Cabernet Sauvignon is elegant yet approachable and complex.”

Columbia Crest Two Vines Cabernet Sauvignon 2011 is an excellent wine to enjoy along with a nice cheese plate, some good quality honey and lightly salted almonds.  If you share this wine with a friend, prepare a cheese plate, select a good movie to watch that fits your taste and now you have the makings for a very nice evening.