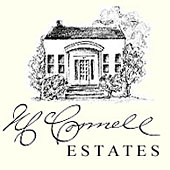 The Wackman/McConnell family has been making wine since 1993. The first McConnells moved from Vermont to California in 1849 where they where store owners, farmers and gold prospectors. The family eventually settled in Elk Grove California.  A few years later they bought a fertile piece of land where they built the very home that now houses their tasting room. The land was ideally located near the Cosumnes River between Sacramento and Stockton, California on a well-traveled route. 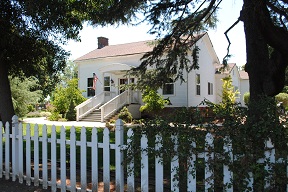 In the meantime in 1863, Andrew Kelly Wackman made his way from Ohio to California. He purchased a nice piece of property along the Cosumnes River near Elk Grove where he raised grain, cattle, and horses.

Elk Grove was a small farming community. Because of their location and mutual livelihoods, the two families meet. Thaddeus McConnell Jr. and Etta May Wackman met and married. Time passed, and as it was with all families of that time, tragedies happened, and the Wackmans sold their land. Etta May Wackman McConnell and family continued to raised barley, wheat, corn, and sheep on the original McConnell ranch for many years until they turned to growing wine grapes. That land remains with the family today.

The charming remodeled 100-year-old Wackman/McConnell home is now the current office for the Wackman Ranch, as well as the Tasting Room and Barrel Cellar for McConnell Estates Winery. With a picnic basket and a glass of their delightful wine, it’s a great place to kick up your feet. Especially while enjoying their Friday Night Summer Concerts provided for free for anyone who wishes to come by.

This is what the winemaker has to say about their award winning McConnell Estates Merlot 2007:

“Soft, smooth tannins with hints of cherry and vanilla. Aged in French and American oak for 24 months. Cosumnes River is a sub-appellation of the Lodi Appellation, which is cooler than the rest of the appellation. (Gold Medal /Best of Class 2011 California State Fair).”

You can find this reasonably priced wine on their website, wine.com and any good wine purveyor.

McConnell Estates Winery Merlot 2007 was a delightful find for me, not only because it was a very nice wine, but it is so very close to where I live. I will be stopping by the McConnell Estates tasting room quite often because of that.