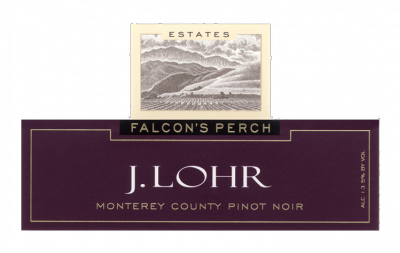 It was a very nice evening.  My husband and I decided to go to one of our favorite haunts for dinner.  The restaurant was showcasing J Lohr Vineyards Falcon’s Perch Pinot Noir.  I had heard of it but had not yet had a chance to give it a try.  Selecting this wine to accompany our meal was a very good decision.

Falcon’s Perch Pinot Noir 2011, produced by J Lohr Vineyards is located in the beautiful Arroyo Seco Wine Region of Monterey County. The winery is not far from the Monterey Peninsula in California, a noteworthy destination in its own right. 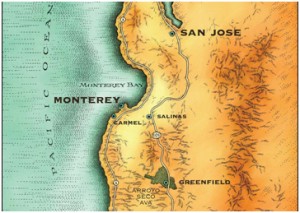 In 1960, Jerry Lohr was among a handful of early winemaking pioneers who chose to gamble on the California Central Coast where he establish J Lohr Vineyards & Wines. Originally from South Dakota and armed with extensive research and knowledge of the California Central Coast, Jerry made the Arroyo Seco area in Monterey County home for his first vineyard. The gamble paid off.  This area has since become an acclaimed wine region.

J Lohr Vineyards and Winery is one of the few remaining estate-focused wineries of its size. This is partly due to the consistent involvement of the founding family and a passion for winemaking in the following generation. 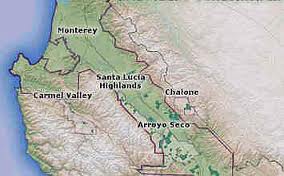 J Lohr Vineyards Falcon’s Perch Pinot Noir is named after a bird that has made its home in a lone pine tree among their vines. They believe that it’s there to safeguard the grapes from pests, maintaining the balance in a fragile ecosystem.  This is nicely expressed in their commitment to sustainable wine cultivation practices.

This is what the winemaker has to say about J Lohr Vineyards Falcon’s Perch Pinot Noir 2011:

“The 2011 Falcon’s Perch Pinot Noir is darker and denser than preceding vintages, owing to the cool growing conditions that year. Aromas of cherry preserves, violet, and crème brulée lead to a rich, soft palate. Acidity is clean and invites a wide range of food pairings.

This wine pairs well with pan-seared Ahi tuna with sesame, smoked salmon on savory crackers, or a cheese plate with Humboldt Fog.”

I always enjoy it when I find a great wine when I least expect it.  This wine find was one of those times.

You can find this very nicely balanced Pinot Noir on their website or at wine.com, amazon.com, bevmo.com, CostPlus/World Market and any good wine purveyor.