When we have the time, there is nothing better then spending time and having fun with family and a family visit.  The time just zooms by way to fast.  This past week I’ve had my family visiting our home.  The weather was less then desirable but somehow we made it work and we had an amazing time together.  (On a side note; I created some art pieces during this time that I am currently refining which I plan sharing at a later date.  So keep an eye out.)

So I would ask you to bear with me as I share our experiences while we were together as a family.

The kids love making Rice Krispy Treats …. Yum!  They also had a great time working with me in the kitchen and helping with my blog recipe post ideas. 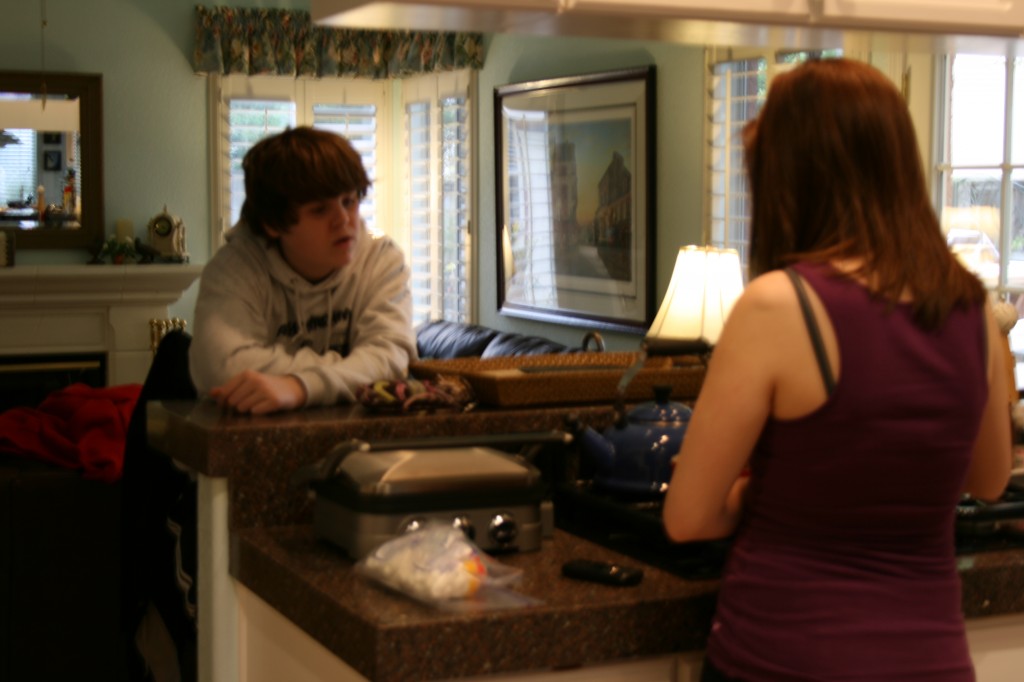 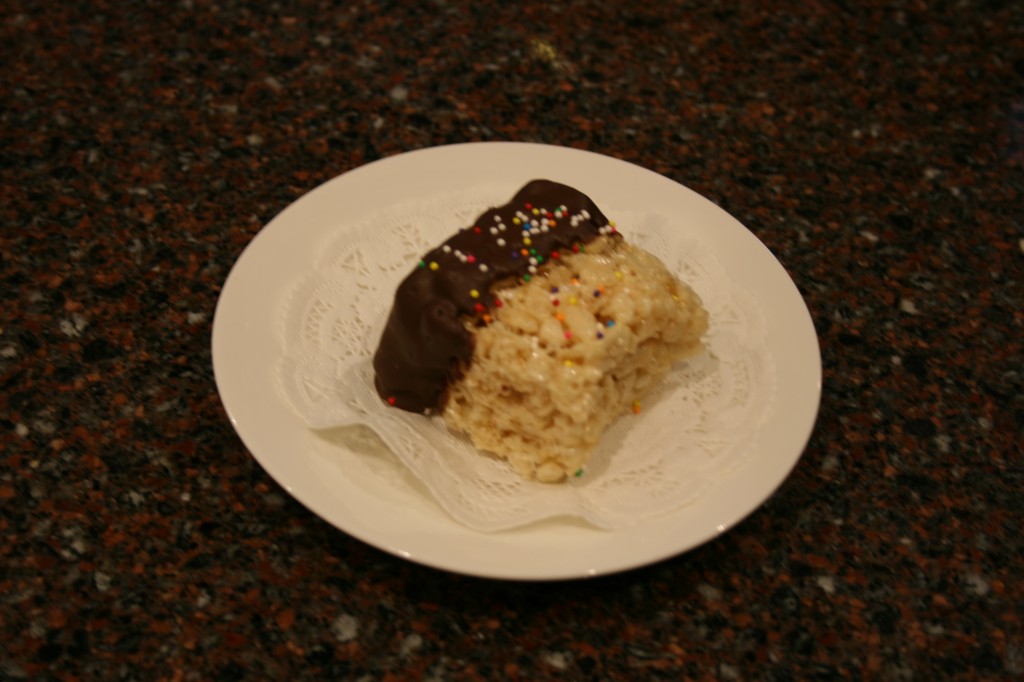 We practiced the Shoestring Potato Candy Birds Nests, which I just recently posted.  The white chocolate tasted great but we thought the dark chocolate would look and taste even better. 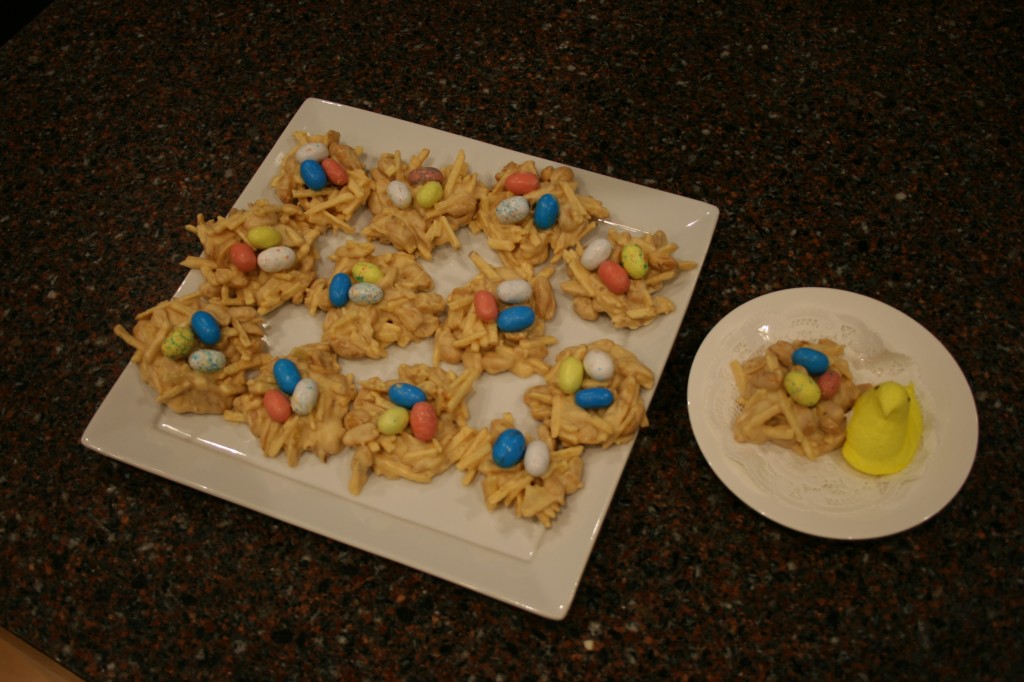 We then were off sightseeing.  We did a little of the historical stuff.  It was interesting but…. 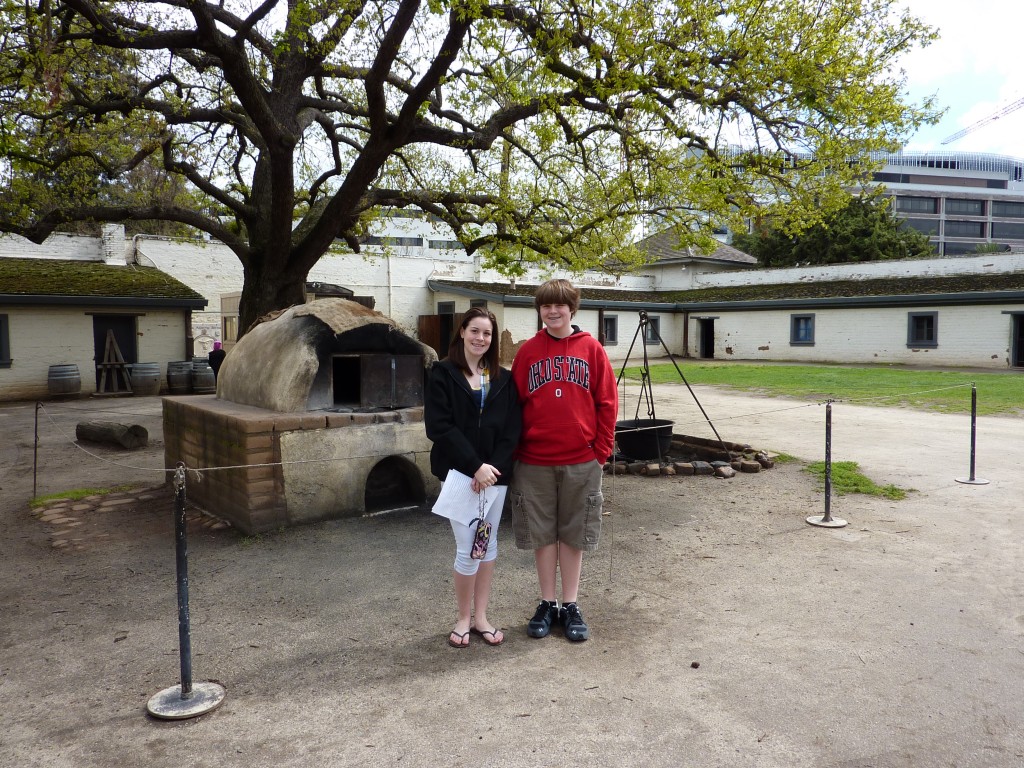 Not nearly as much fun as shopping in Old Town Sacramento … 🙂 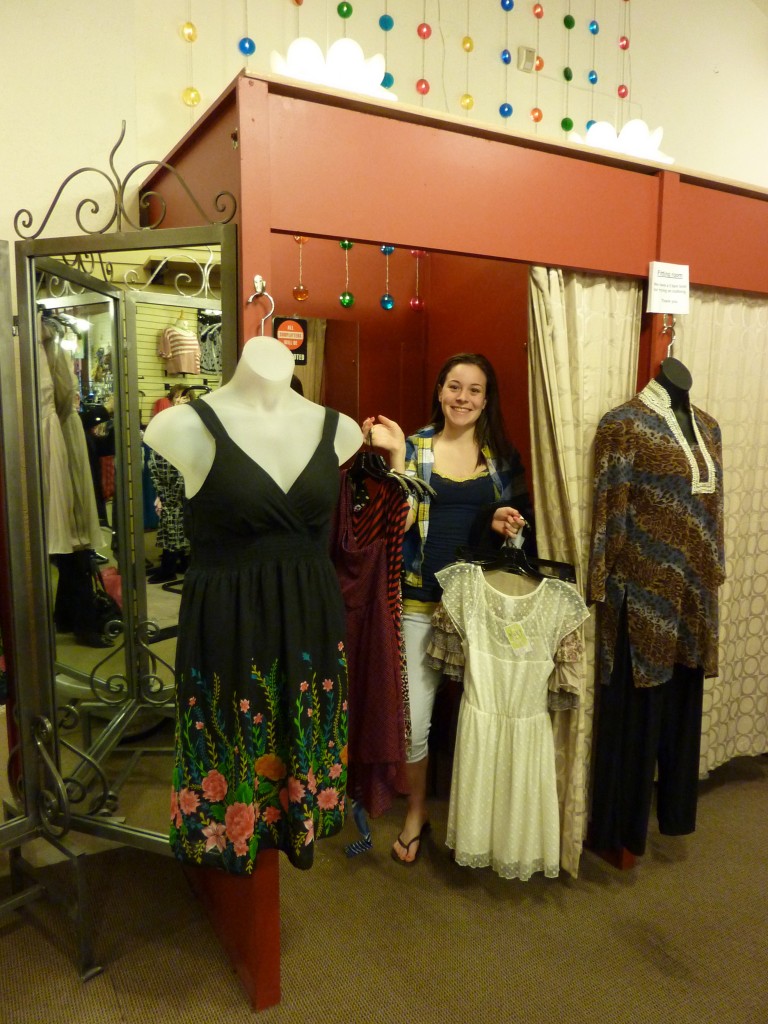 Ah, retail therapy!  There is nothing else like it. 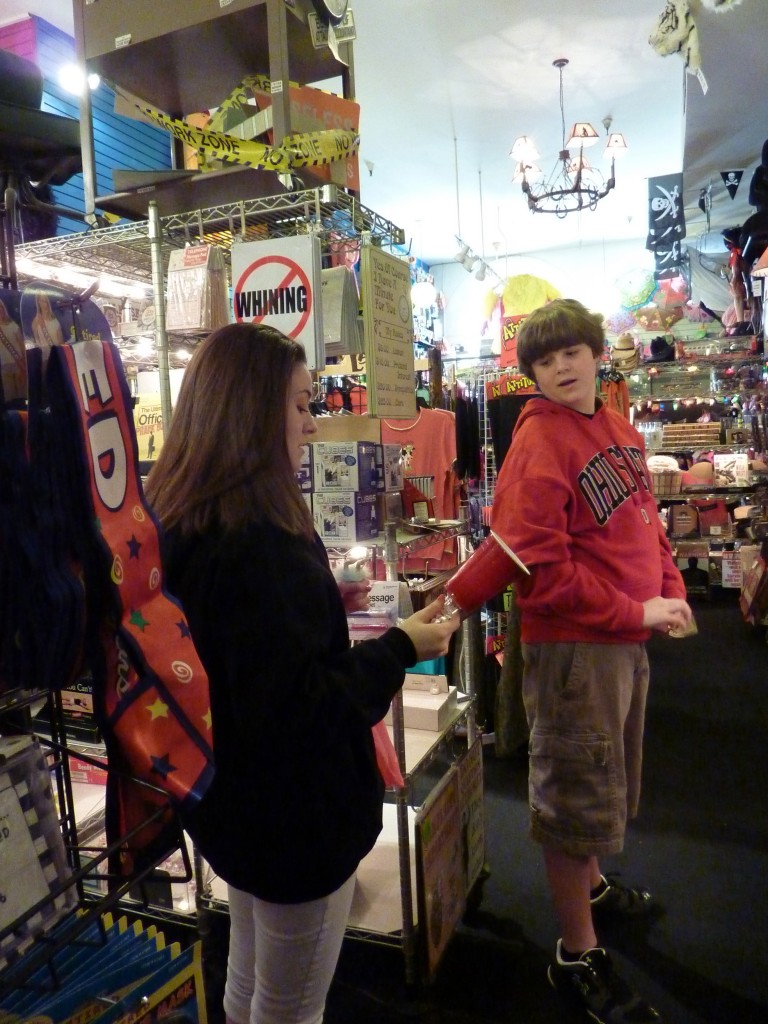 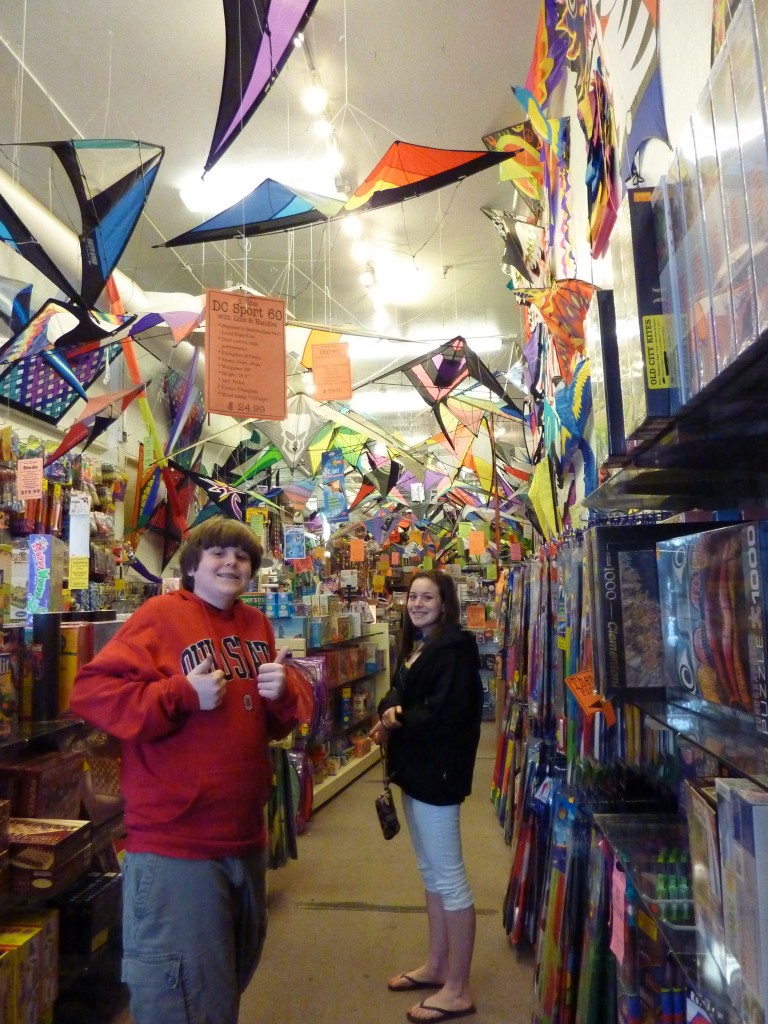 Next, we packed for our adventure to San Francisco.  My cat, Samuel, wanted so badly to go with us.  Samuel really tried hard to stow away in my case but alas he is much to big for that to ever happen. 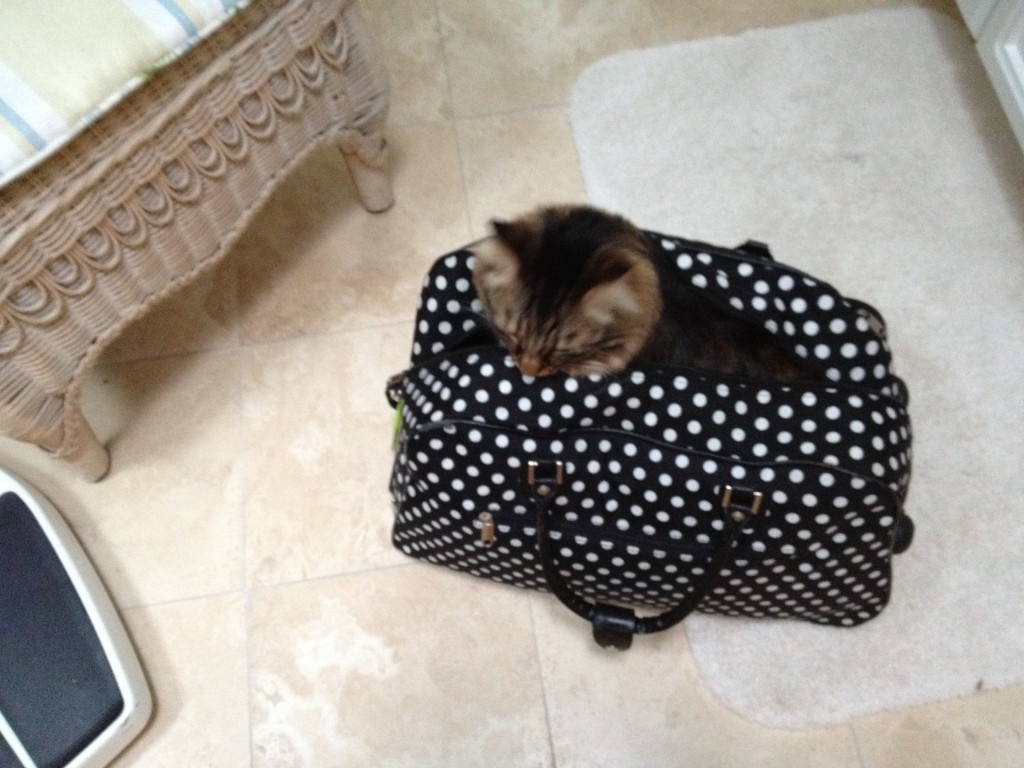 The next morning we were up early and off to San Francisco. We were staying at the Hyatt Regency/Embarcadero just blocks from the Ferry Building on the Embarcadero and very close to the Fisherman’s Wharf. 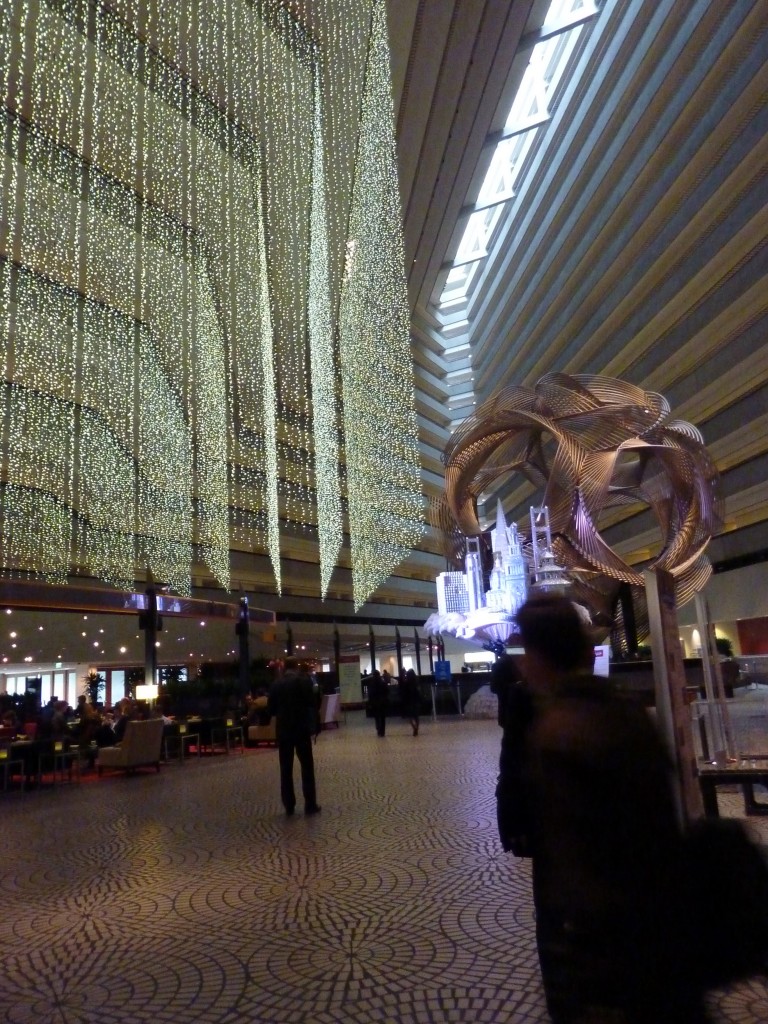 Once we were settled we set off to have lunch at Boudins’s /San Francisco Sour Dough Bread Company.  We watched the bakers make their famous sourdough bread and headed up to their restaurant to eat.  It was SOOO good. 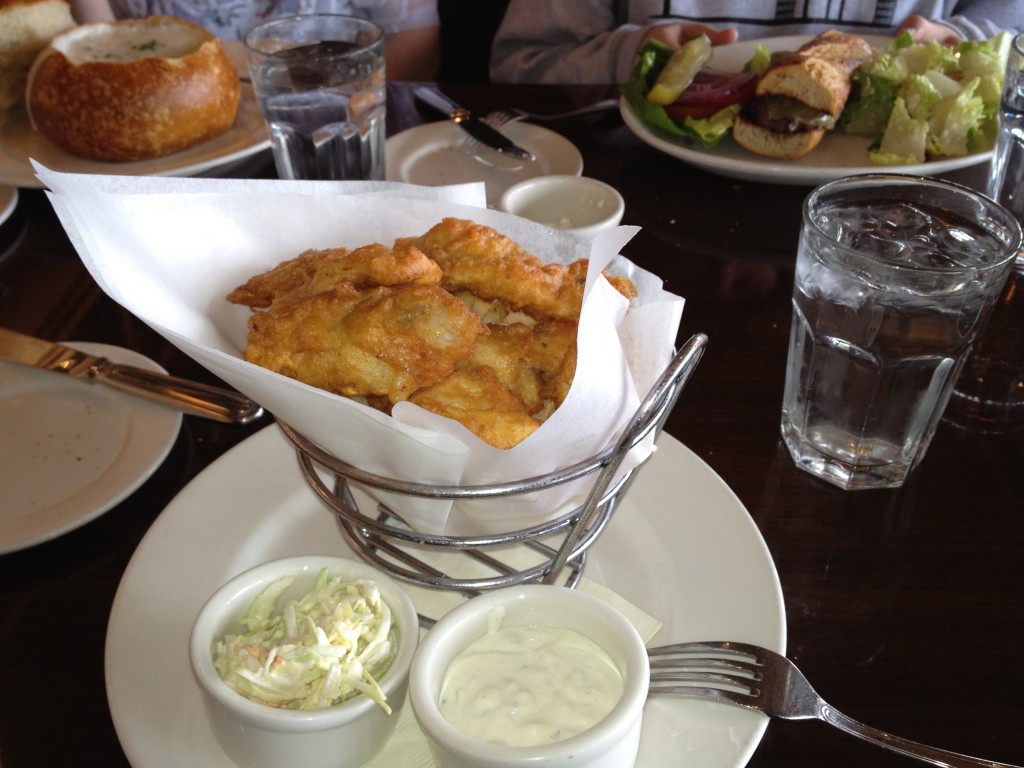 The weather was good so we spent some time on the Embarcadero, Fisherman’s Wharf and at Ghirardelli Square for, what else, chocolate. 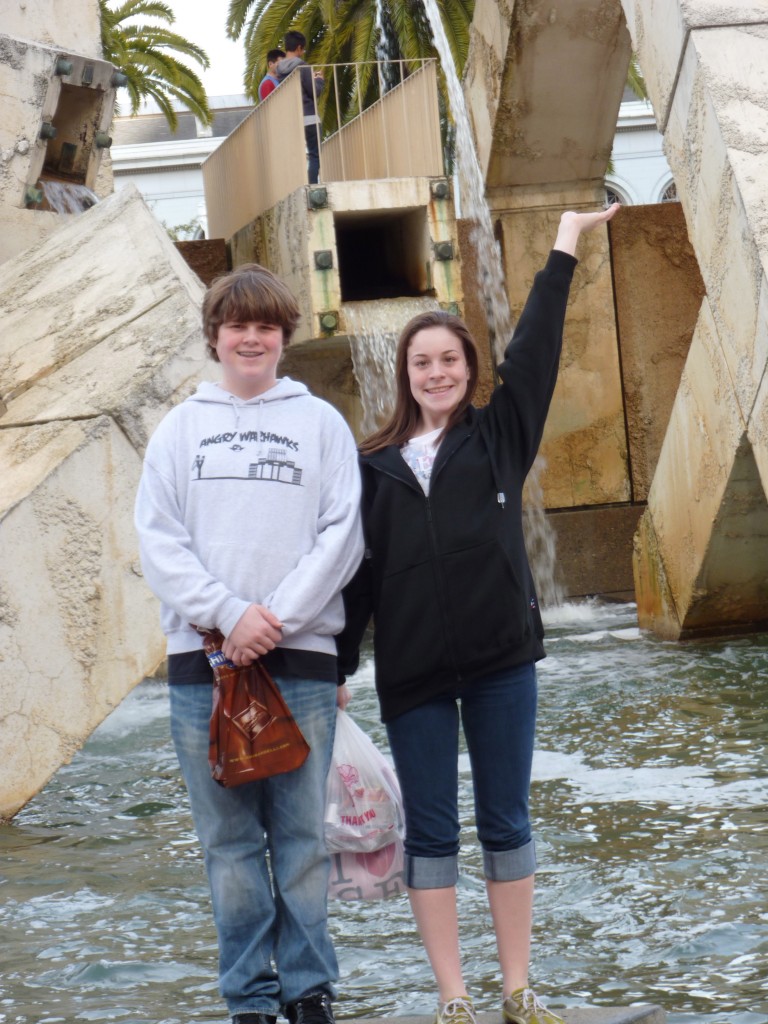 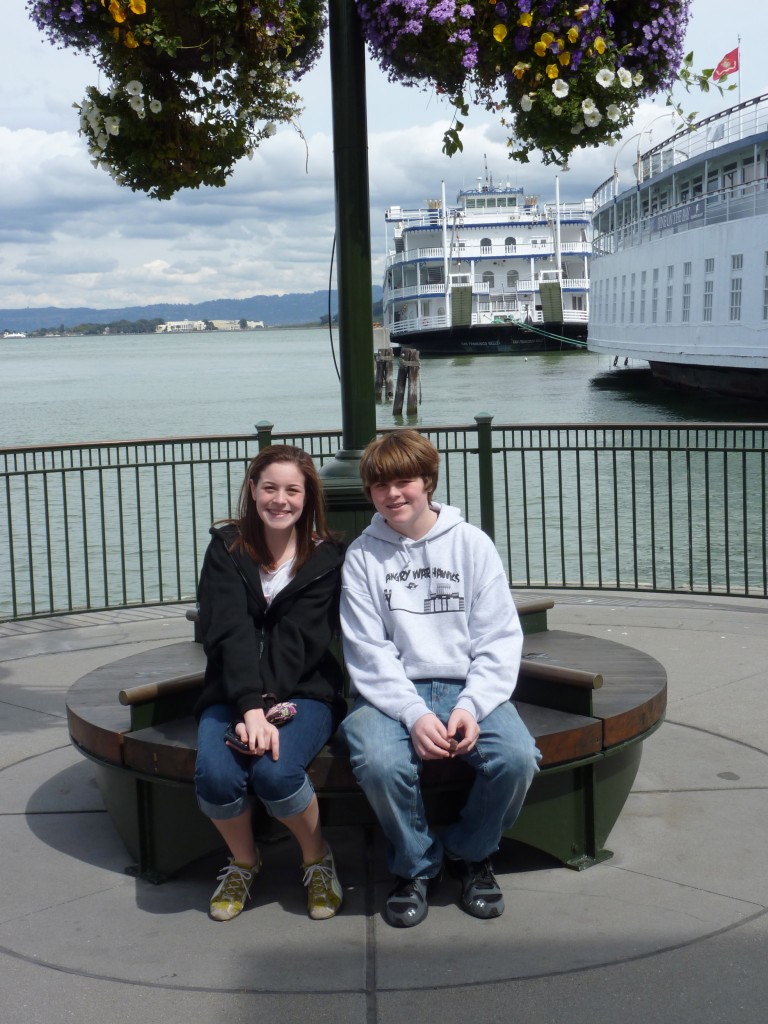 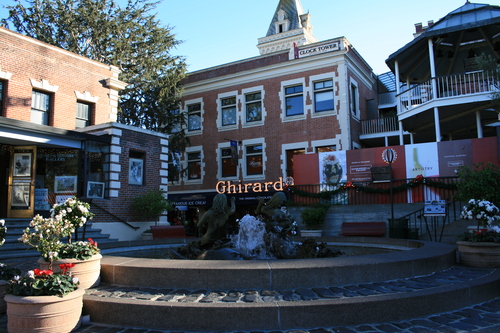 Once back at to Hotel we headed for and spent time in the Regency Club overlooking the city.  The concierge really enjoyed having the kids there and made it extra special for them.. 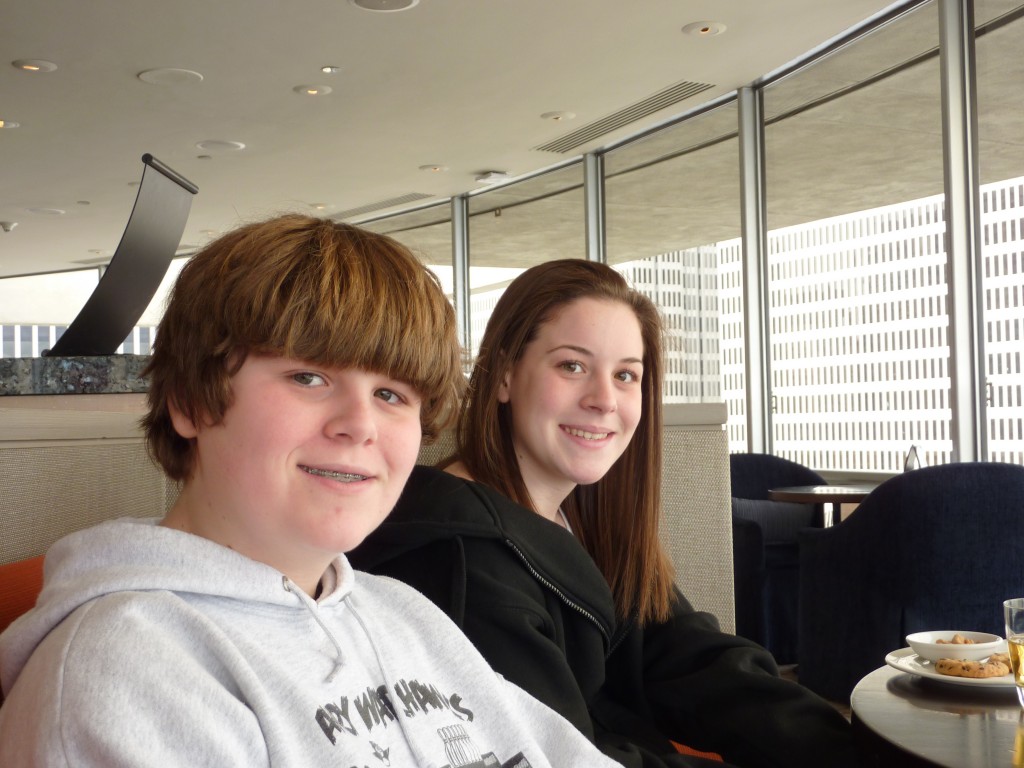 And we can’t forget to mention the free food.  Yumm!!! 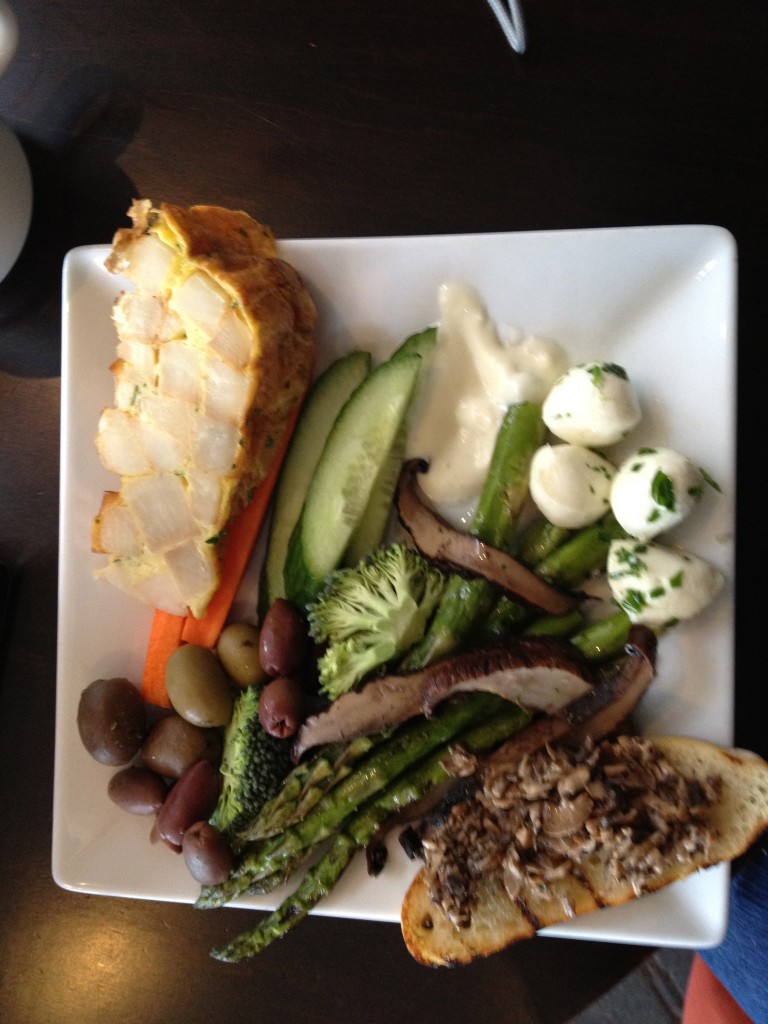 We were so hoping the weather would hold out. Sigh!!! 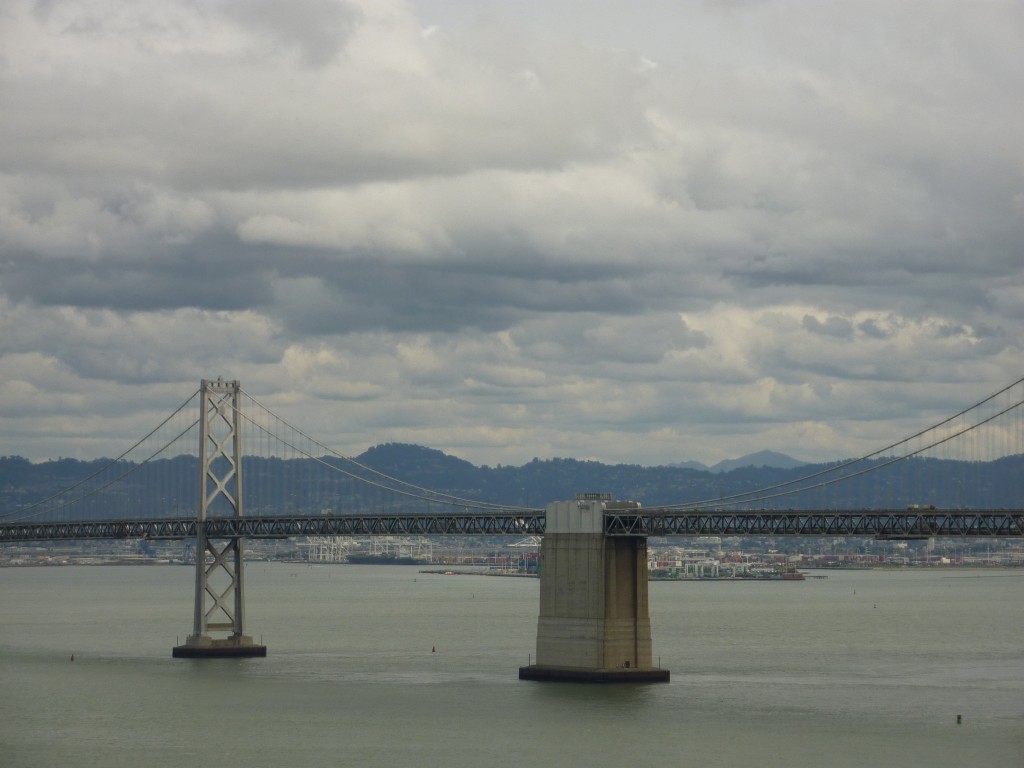 Then we took complete advantage of the Regency Club with the help of the concierge.  The Kids had a blast.  Ah, The good life.  🙂 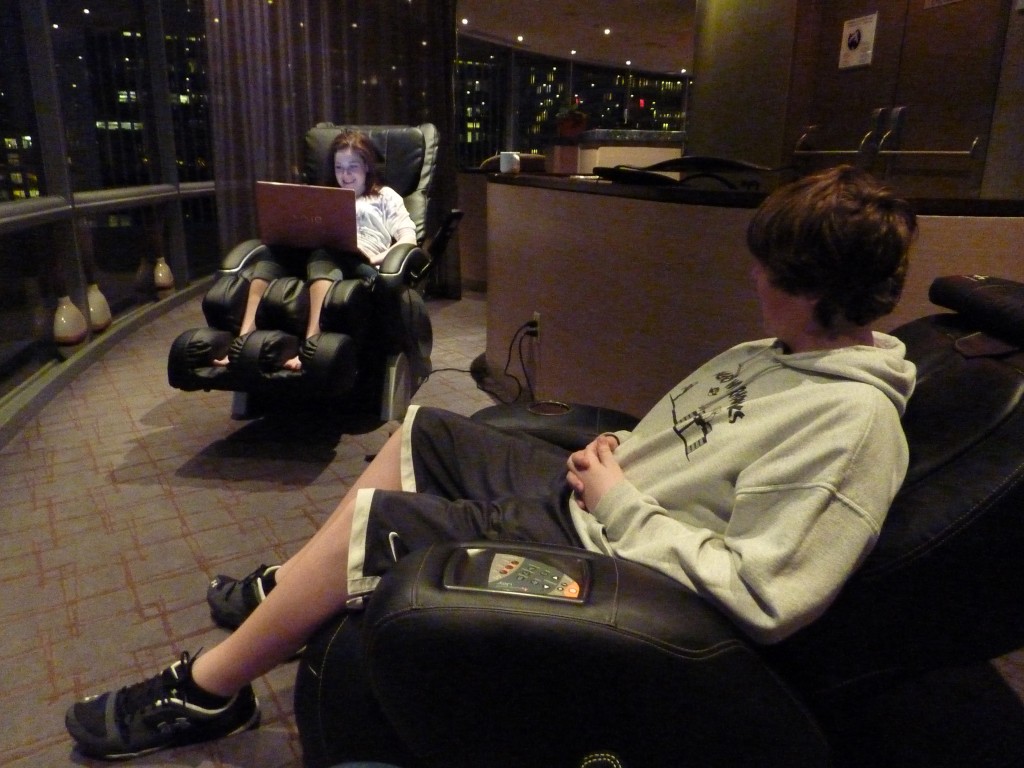 The next morning we off on a tour of the city.  It was a good thing we were on a bus because the weather was not cooperating. 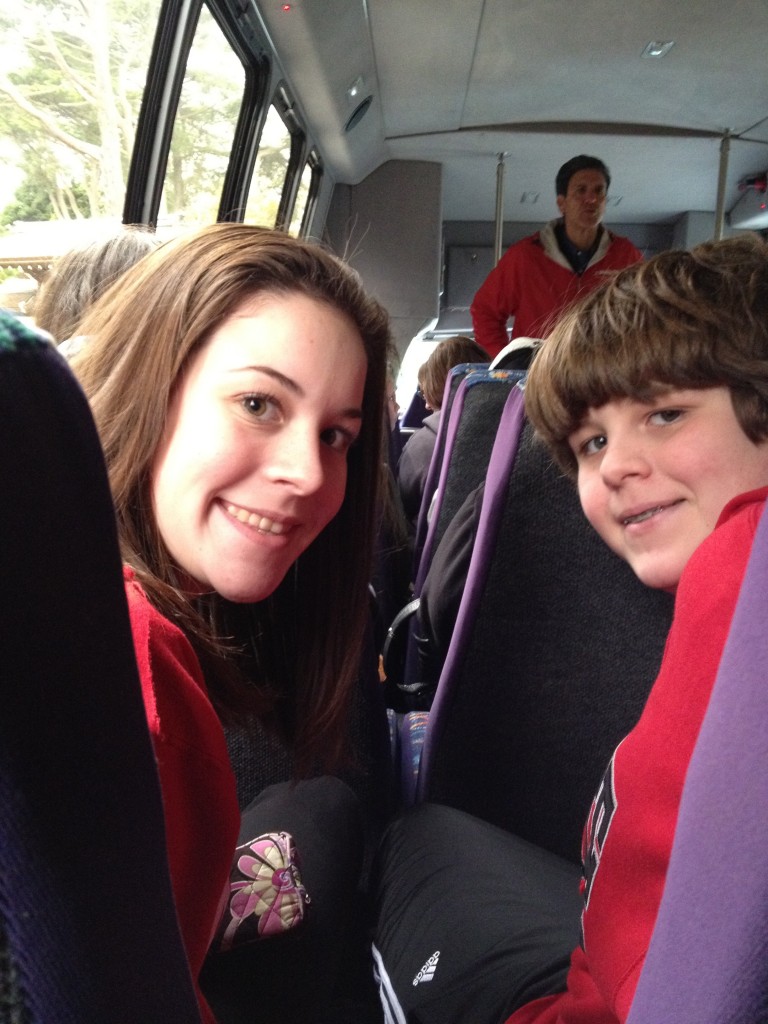 Here are a few pictures of some of the things we visited on our tour. 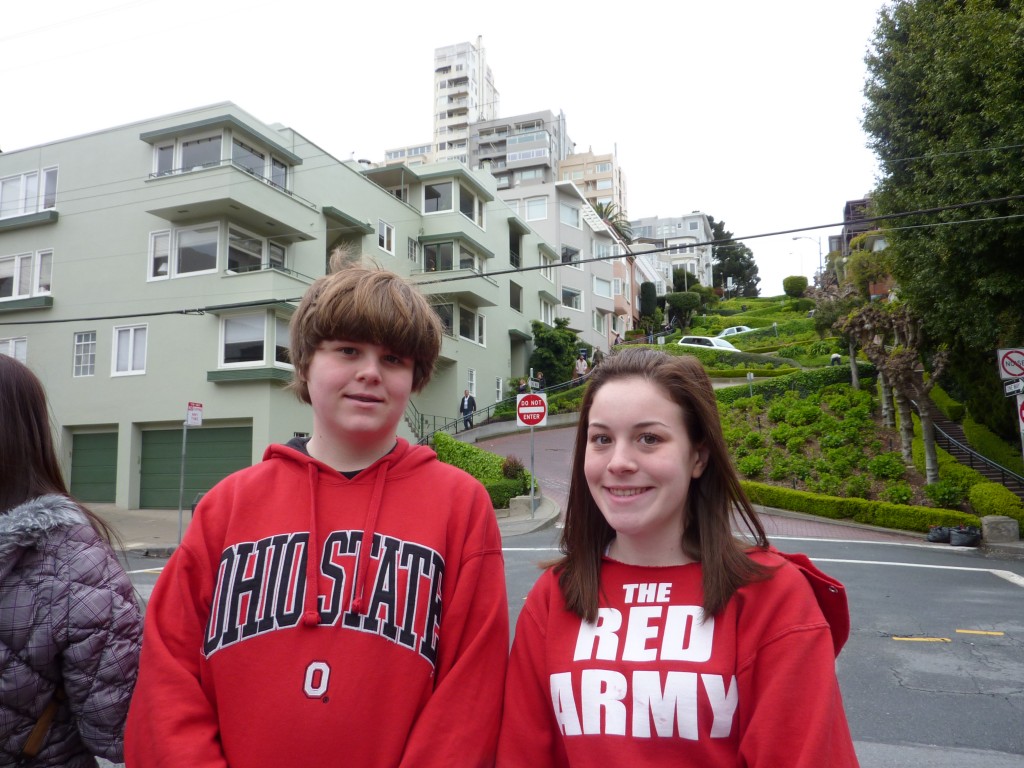 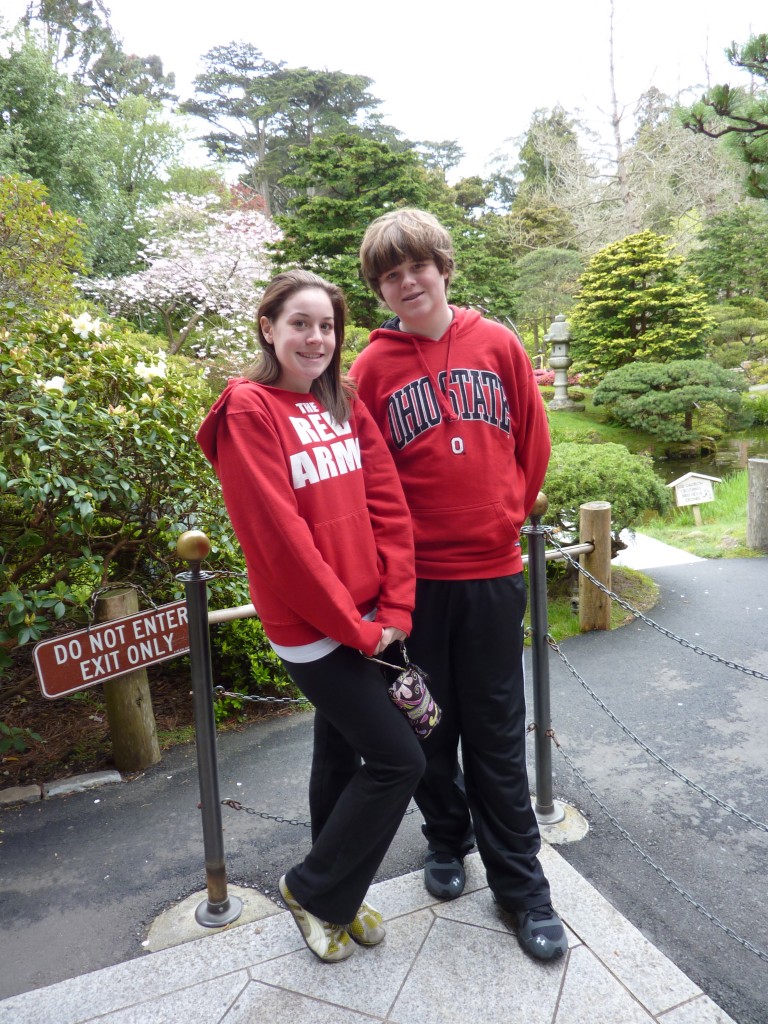 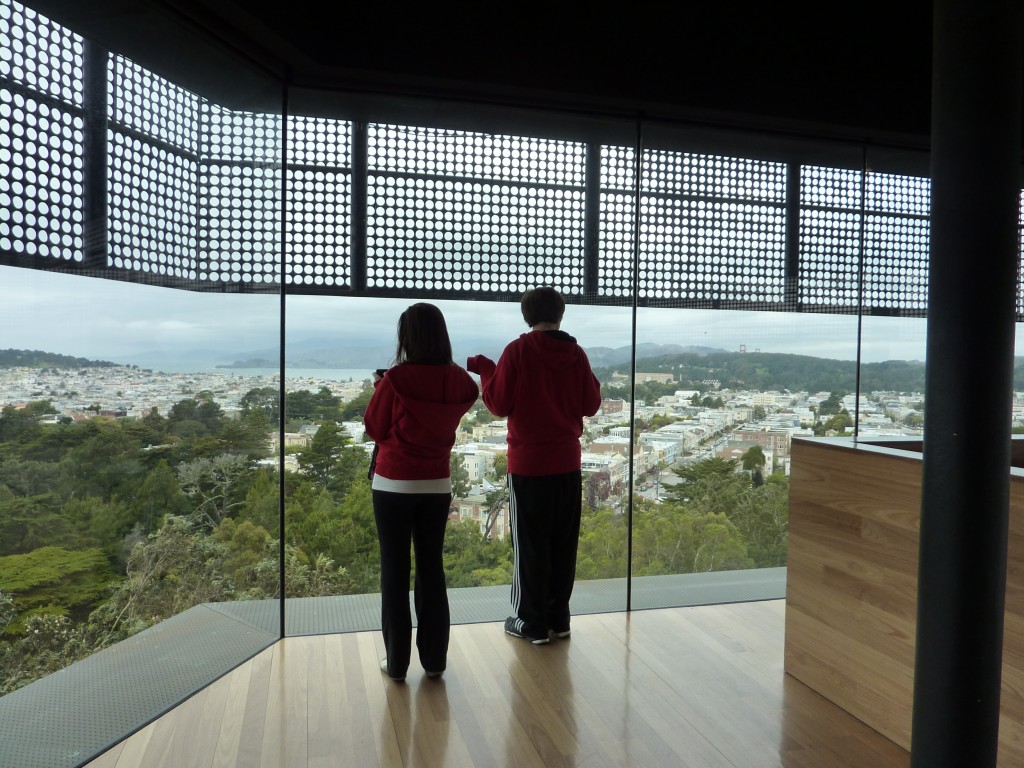 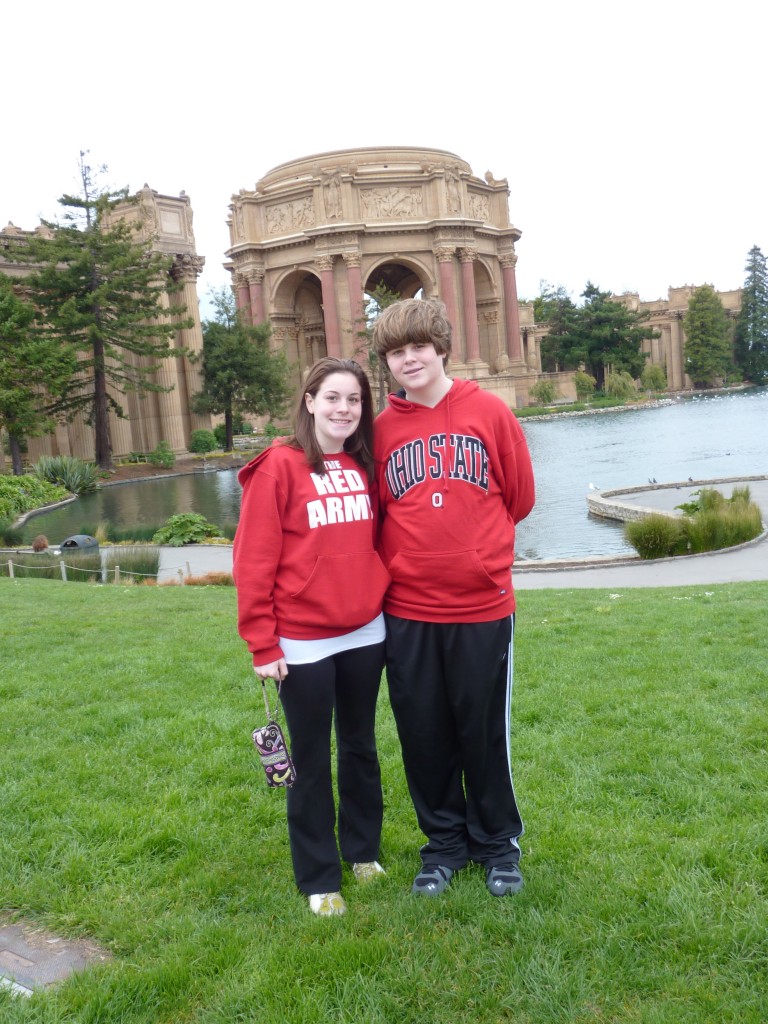 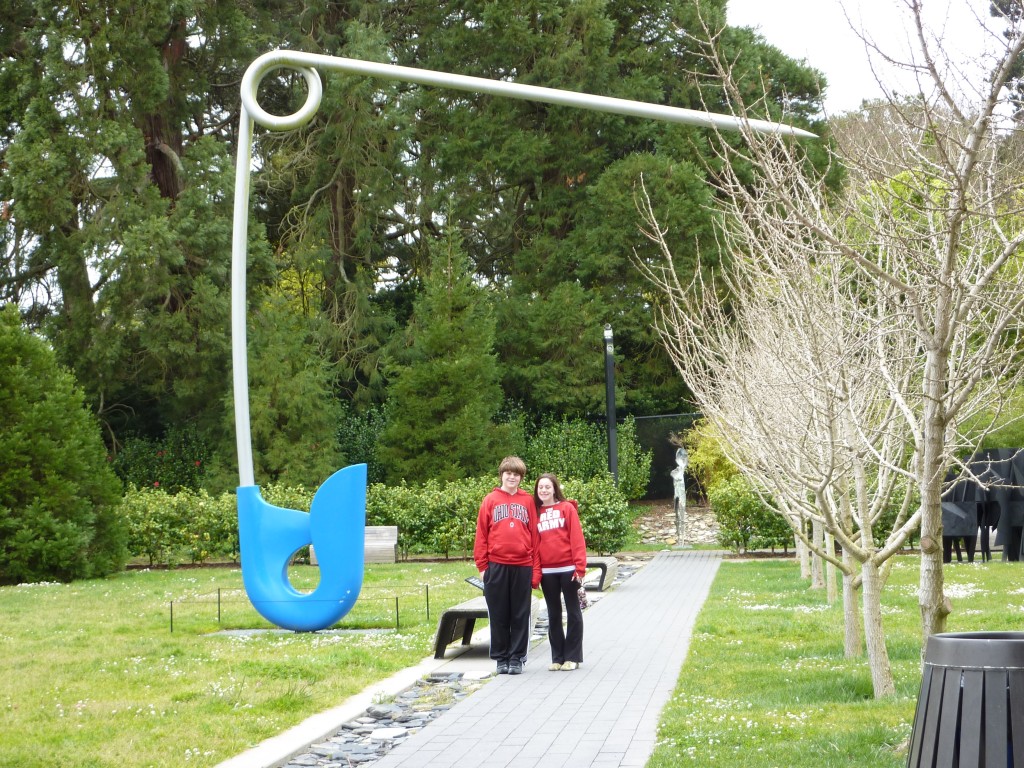 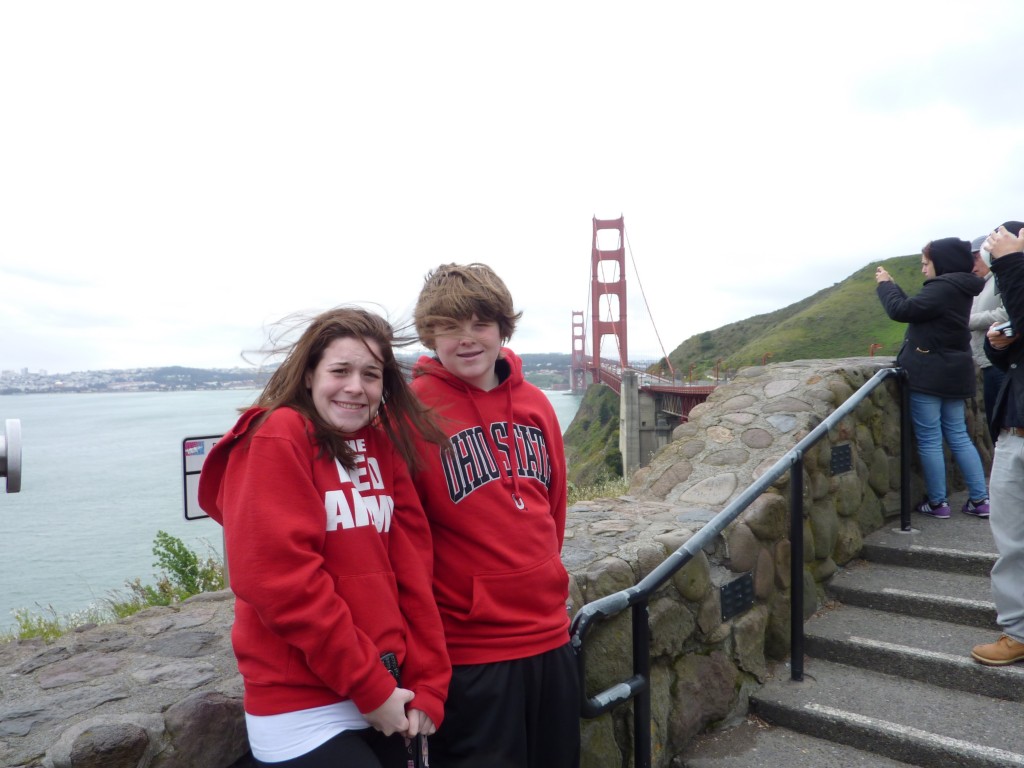 And then it started to rain.  The good news, it was almost at the end of our trip.  We had a lot of fun, had a great couple of days and saw allot of really cool things.

At home, we enjoyed sleeping in, watching movies, eating what ever came to mind and generally hanging around. 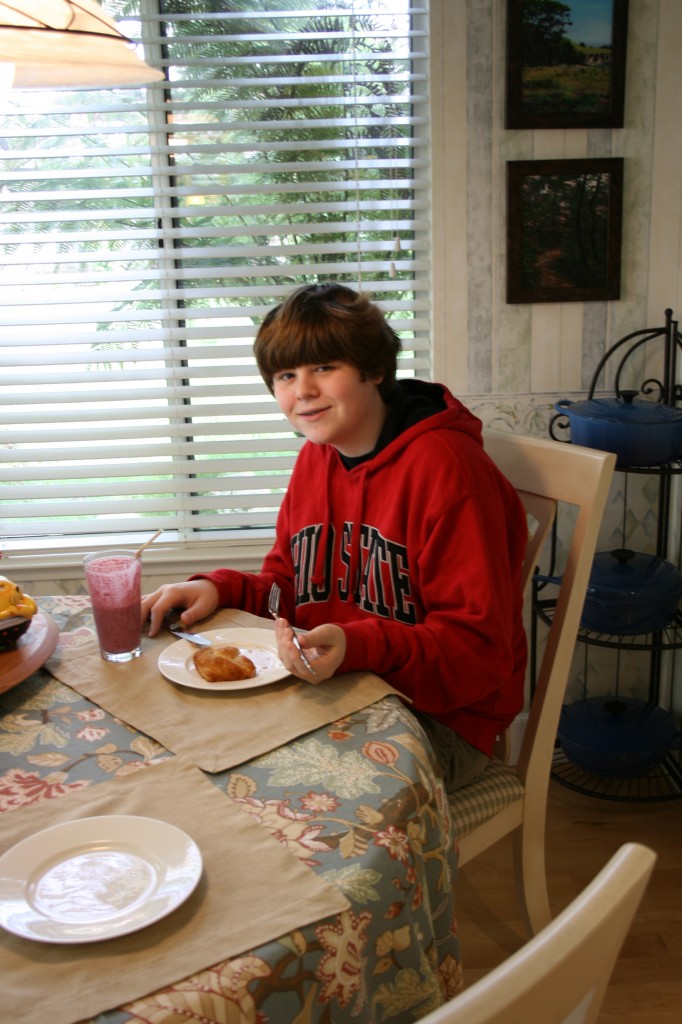 We did do one last thing before they left for home.  We visited to The Crocker Art Museum.  They had the coolest exhibit of created terra-cotta solders by a local artist.  The kids really got a kick out of this artist and his work. 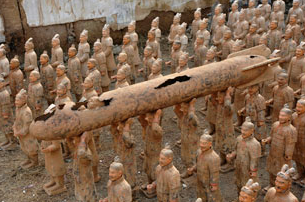 And then it was time for the kids to fly back home.  It seemed as if they had just gotten here and now it’s time for them to go.  Sigh!!!  Time just zoomed by so fast. 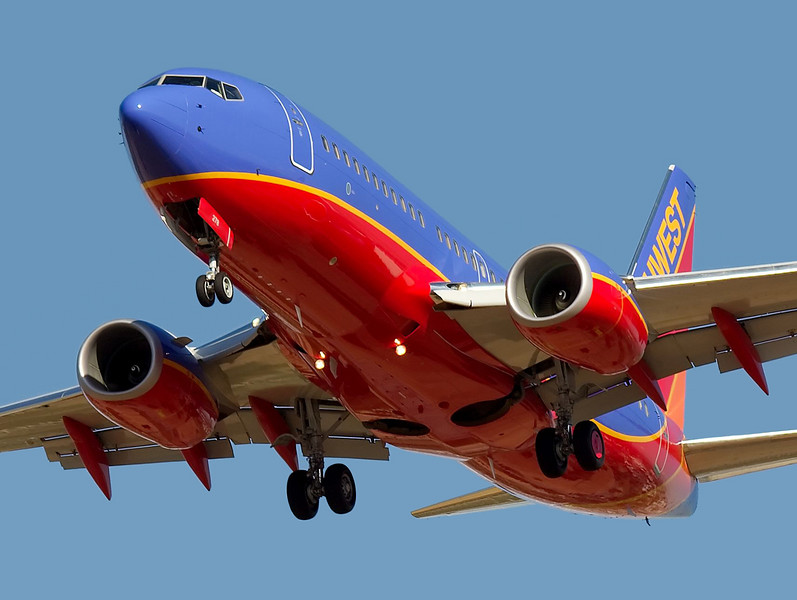 They have gone back to their home now and our house is very quiet, I miss them.  I had an amazing time and I greatly look forward to their next visit.

If you enjoyed “Family Visit,” check out Perceptions and Chickenpox, An Assumption, A Dog & A Rabbit and No One Was Watching.