Any sentence that starts with the phrase “I will” generally suggests a strong commitment to something.  I have found that we hear these words often after something tragic or significant has happened in our lives.  As the anniversary of 9/11/01 approaches I find myself recalling where I was when I heard of the tragic event while it was unfolding, the state of shock I felt at the time and all the things that happened in the ensuing days after.  I Will always remember that time with the greatest sadness.

To go back ten years; I was getting ready for yet another road trip on September 11, 2001.  It was VERY early in the morning, West Coast time, and I needed to get to the airport at “Oh Dark Thirty”.  I started getting calls from our operation on the East Coast about 30 minutes before my driver was to pick me up.  For me to receive calls at 6am was unusual but not unheard of.  I almost didn’t pick up the phone but I had a little time so I decided to answer the call and take care of whatever it was that prompted my office to call that early.  As it turned out it was my boss on the other end of the line.  He was so upset he could hardly get the words out.  It took me a minute to calm him down enough to comprehend what he was saying.   I finally understood him enough to hear: “Turn on your TV RIGHT NOW.   I have to go, but call me back as soon as possible”.   I thought the call was very odd but I did what he requested.  It took me a minute to realize I wasn’t on a movie channel but I was actually witnessing live news coverage of a terrorist attack on the World Trade Center in New York City.

Obviously I didn’t fly out that day to my destination.  It took most of the next few days to make contact with all my family members, employees and close friends.  Some who had been directly affected by the tragic events that had taken place on that infamous and heart-rending day.  I was in a fog most of the next week or so.  I was on automatic pilot, going through the motions and taking care of all the details that were needed.   I now recognize I was in a state of shock as almost everyone else was.

It truly didn’t hit me until I arrived at my local airport two weeks later, getting ready to fly to another operation in the Midwest.  My driver had dropped me off at the curb in front of the ticketing area.  When I entered the terminal I came to an abrupt stop, as if I had run into someone, but no one was there.  It felt as if the air had been sucked out of that very large space.  It was unnerving quiet, even though it was full of travelers and airport personnel.  That was the moment I came out of my fog and the real impact of that horrendous day hit me.  Memories of the events of the last few weeks, all the conversations and help I had provide for those who had been affected by the terrorist attack slammed into like a freight train.  It was all I could do to keep my composure.  How I got on that plane to fly to my destination is beyond me.  What I do remember was how important it was to the people I was meeting at my destination that I be there, not for business but for support. 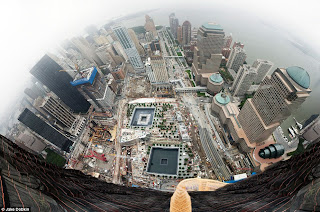 The anniversary of 9/11/01 will be ten years this coming Sunday.  The world has changed as a result of that terrible day.  Is it a better and safer place?  Did we learn anything from that horrible tragedy?  I do not think anyone can really give us a clear answer to those questions.  What is clear is some things about our lives are now allot more complicated.  What that day did do is to remind us of the lethal and terrible power of hate and how no one really wins when that is all that is in our heart.

Some of the people I had helped during that terrible time will be in New York for the opening ceremony of the memorial site and museum.  The link (The 911 Memorial) will take you to that site, to see what they will see and to remember. 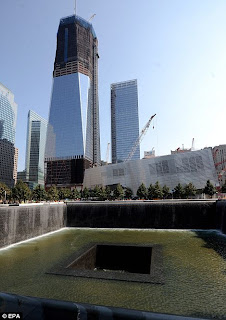 I Will pray for my family, friends and the ones that were lost.  I Will never forget the horrors of that time.  I Will always remember that day with clarity, it is permanently etched into my memory.  I Will have compassion for all those who were affected.  I Will find a way to forgive because bitterness and hate will only bring more tragedy.  I Will work to make the world a better place in what ever way I can.  I Will always remember.  I Will…
I am grateful that life has moved on and many, as well as myself,  have found peace and a way to make sense of such a horrific mindless tragedy.  Despite ourselves and what happens to us we are always able to find our way.
Life’s journey continues for many but not all…
Previous Post: Treasure Box
Next Post: Of Flowers & Friends