Memories are funny things. They can pop up at any time for no reason, with little provocation. That’s certainly the case with my story about the Bolshoi and Banana Sandwiches. 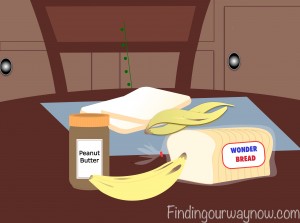 It was summer break, and I was home from college. I was busy catching up with my friends that I hadn’t seen in a while. One of my brothers was still at school on a special project; the other was off doing whatever brothers do. Mom and Dad had gotten up at an ungodly hour to do something. I’m not sure if they even told us what they were up to. All I remember were the remnants of the makings of peanut butter and banana sandwiches in the kitchen. It was obvious they had packed a lunch. Truth be told, they may have mentioned where they were going, but I’m not sure we had paid much attention.

Later on that day, I happened to be home when mom called to tell me she had gotten us tickets to the evening’s performance of the Bolshoi at the Kennedy Center. I was to find my brother, get dressed up and head out to meet them so they could give us the tickets. I was at the age that stuff like this held little to no interest. Now if it had been the Rolling Stones I would have been over the moon. Regardless, it was obvious this was a big deal to them, so I grudgingly did what I was asked to do. 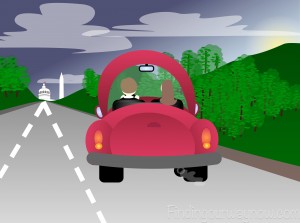 As it turned out, it was the opera not the ballet. I was NOT impressed. Nevertheless my brother and I dressed up and headed to the Kennedy Center to meet our parents to get the tickets for the evening’s performance.

If you’ve ever been to Washington DC, you know that traffic and parking is a serious challenge. That certainly didn’t help our attitude about it all. It took us a while before we were finally able to find a good place to park. Then we grudgingly headed over to the Kennedy Center to meet our parents.

When we arrived, it became very apparent to us that this was no ordinary performance. It was a black tie event with long gowns, lots of champagne and a ton of diplomats in attendance. All I could think was thank god we had dressed up a bit more than usual. We weaved through the crowd and finally found our parents. When I saw them, I rolled my eyes and sighed. They were dressed in rumpled, absent-minded, “professorish” type clothes. 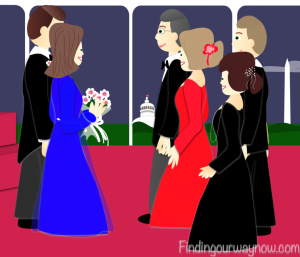 Our parents explained that they had stood in line for 5 hours to get the tickets. In fact, they had already gone to the matinee performance and had been lucky enough to get the evening performance tickets for us (Oh, joy!)  We talked a bit about their adventure and how excited they were to have had the opportunity to see the Bolshoi. They knew it was something we wouldn’t want to miss; I was thinking otherwise. It was getting close to the time when the evening performance was to start, so they made their way through the crowd of gowns and tuxes followed by odd and curious looks. My brother and I just shook our heads. 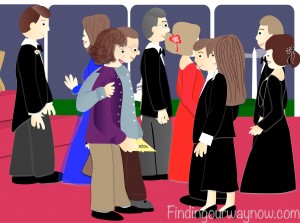 Our seats were in the nosebleed section. The 4-hour performance was a sellout. The lights went low and the performance began. My brother leaned over and whispered, “You do realize mom and dad ate their peanut butter and banana sandwiches while sitting on the steps of the red carpet?” I groaned and thought how glad I was that I wasn’t there at that time.

As we were driving home, I started to chuckle. My parents were wonderful people, but there were many times that they were oblivious to their surroundings. I could just see them both dressed in rumpled, absent-minded, “professorish” type clothes sitting on the red carpet steps, very out of place in the middle of this posh affair with gowns and tuxes floating about, eating their peanut butter and banana sandwiches out of brown paper bags. What a sight they must have been! My brother and I both had a good laugh as we drove home from that amazing performance.

After that I never looked at the opera, ballet or anything other than rock and roll in the same way. That single experience turned me into an opera fan. So when my Mom said the Bolshoi performance was something I wouldn’t want to miss, little did I know how prophetic a statement that was. I am so glad they both took the chance to get those tickets and eat those peanut butter and banana sandwiches on the red carpet steps.

What did I learn? Never judge. Give something a chance. It may be that one experience that could change your mind. My parents were quirky, intelligent and, for a young adult, outright embarrassing at times. But I wouldn’t change a thing. Because of them, I am who I am today.

If you enjoyed “Bolshoi – Banana Sandwiches”, check out Shifting Gears, Peanut Butter Life and Daughter’s Memory Of Her Mother.